Streets for People / Can We Save Key West Transit from a Death Spiral? 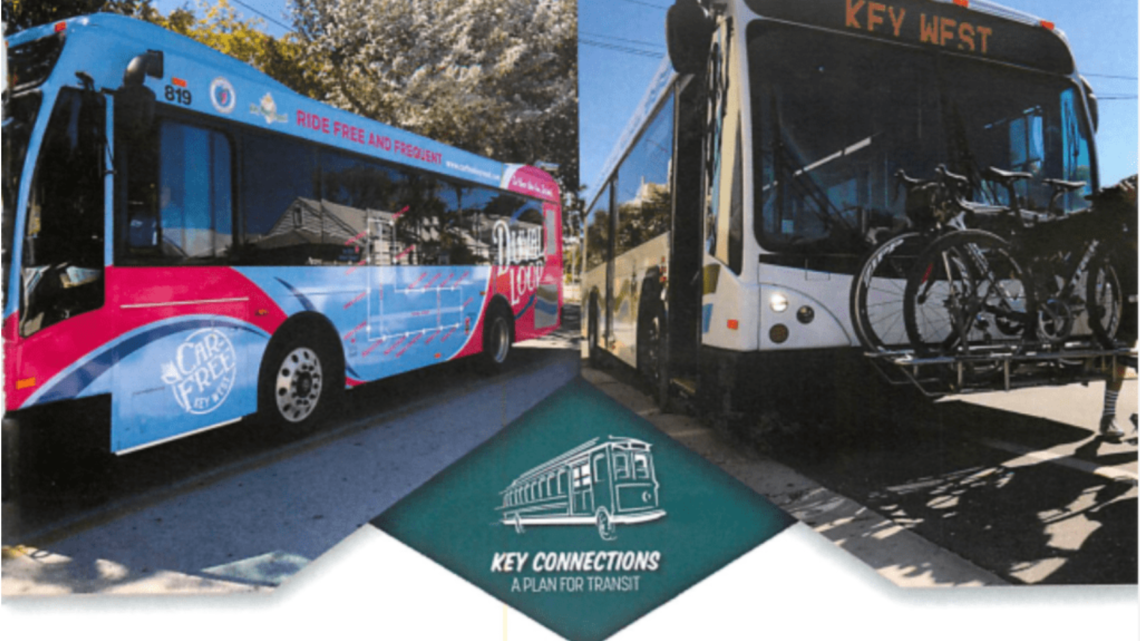 Streets for People / Can We Save Key West Transit from a Death Spiral?

Census data shows almost no one takes the bus to commute to work. A recent Strategic Plan survey rating 19 City services said not enough residents used public transit to give it a rating. The new City North and South Line buses ride around empty. Duval Loop ridership is waning. This is a crucial year for our little municipal system for two reasons. One, we’ve got hundreds of units of affordable housing on Stock Island that should be coming online at this time next year and there’s no frequent bus service to get them into town. Two, much of the State funding propping up Key West Transit operations is based on ridership numbers, which are declining.

If the system doesn’t improve, ridership numbers will continue to drop and then next year our State funding will be less. This could force the system to make cuts in service which drives more people away, leading to worse numbers and risking a death spiral of even lower services for public transit here on the island. Recent planning efforts identified providing more frequency between buses as the way to serve riders better and increase the numbers of people riding the bus. But the City’s Finance Department didn’t want to spend more money to do that and so has said that they’ll instead try an untested idea to save money. While we might meet budget in the short-term are we dooming our public transit system? 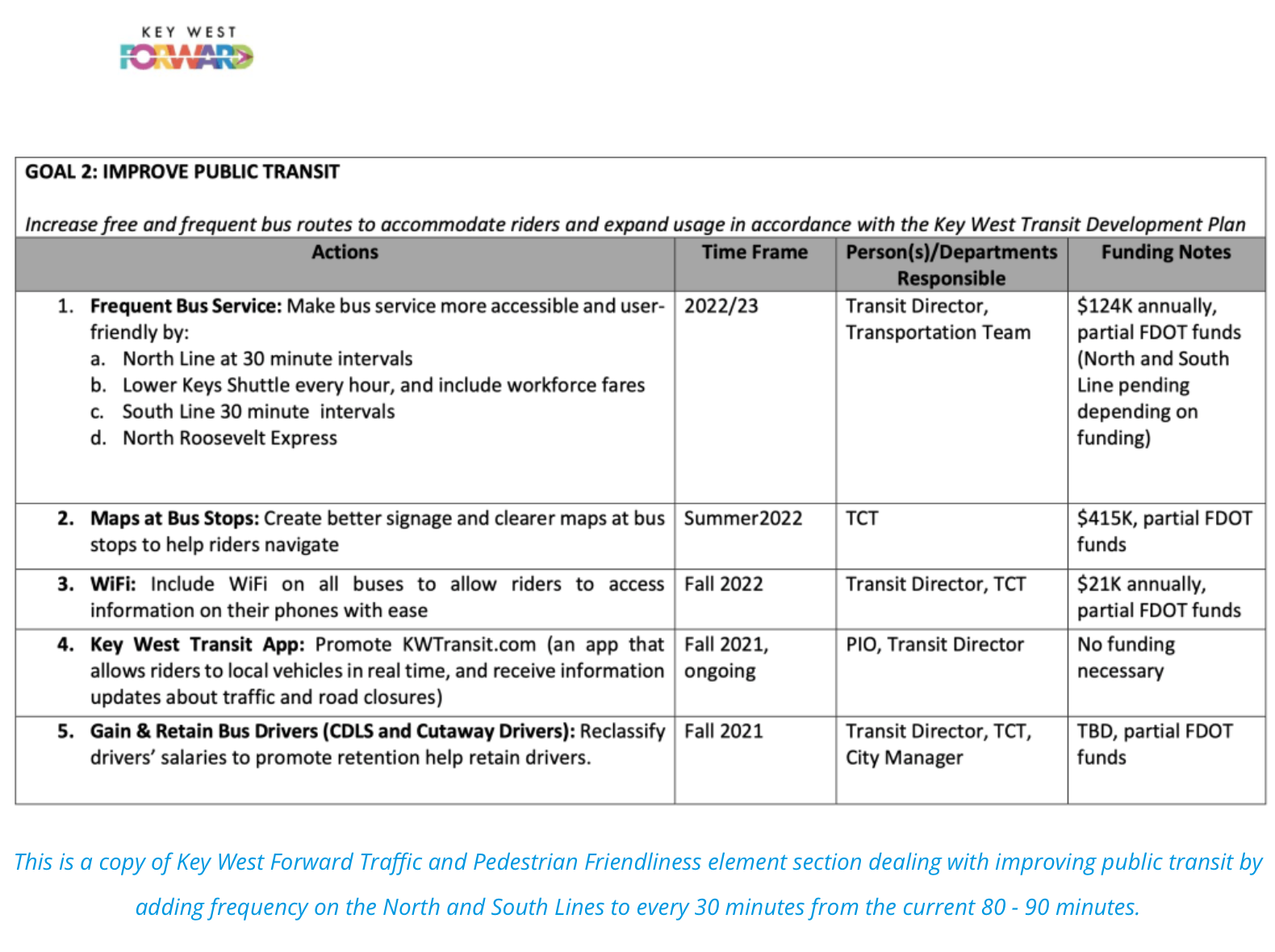 Key West Transit’s adopted 10-Year Transit Development Plan (TDP), the City’s Sustainability Advisory Board (SAB) and the City’s soon to be adopted Key West Forward Strategic Plan* all called for increasing investment in our public transit system to pay bus drivers more, increase the abysmal frequency on all routes and move towards free fares. The Mayor and most Commissioners echoed the call during the budget hearings.

Through many meetings and multiple processes, a consensus was built that improved public transit was vital for our future prosperity and environment and that they way to improve our existing system was to follow the adopted TDP by simplifying the routes, adding frequency, and eventually getting to free transit on the island. The SAB implored the Commission to pay the drivers more, increase frequency and institute free fares in this coming fiscal year and to pay for it with hikes in metered parking. The recent Strategic Plan process came to the same conclusion and the draft of the Traffic and Friendliness element presented to the public and Commission in June stated that North and South Lines should go from the current 80 – 90 minutes to 30 minutes and on the Lower Keys Shuttle from 95 – 120 minutes to every 60 minutes. 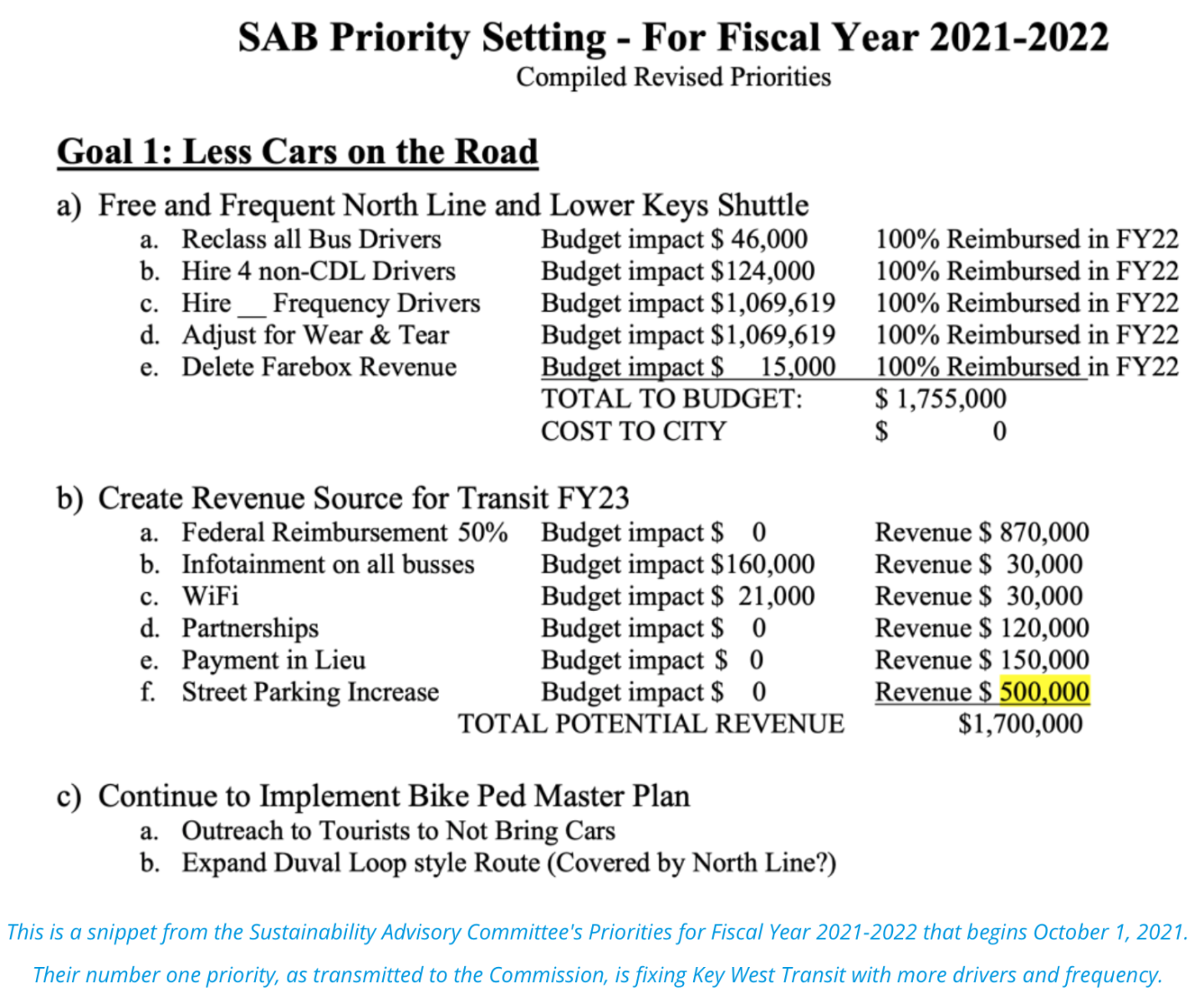 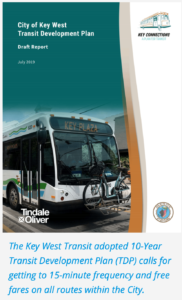 So, after all this planning and consensus building everyone seemed a little surprised that the Finance Department presented a no-growth Transit budget for the coming year at the July 22nd City Commission Budget Workshop. Oh, that proposal by the Sustainability Advisory Board to increase metered rates was indeed instituted by the Finance Director. But rather than invest the money in transit, as the SAB proposed, it is going towards balancing the General Fund. Experts such as Parking Guru Donald Shoup, have always argued that increases in parking fees should go towards alternative transportation services or directly for infrastructure improvements on the streets they’re taken from, not the general welfare.

Without additional money to add frequency on the routes, the Transit Director had little choice but to throw a Hail Mary pass and propose an On-Demand Transit service (think Uber transit) that he and the Finance Director said wouldn’t need more drivers, wouldn’t need more budget and would be better for everyone. If he didn’t propose this pilot project, we’d simply get the same awful service that is out there today and that would surely start the death spiral. So, while we think the Transit Director should have fought harder for the money to improve the system as planned, we give him credit for coming up with an out of the box idea when told by Finance that the money wasn’t coming.

By the way, shouldn’t Finance help leaders fund priorities by getting creative instead of themselves deeming that since ridership is lacking it isn’t worth putting more money into? It is a classic chicken or egg situation here. We aren’t going to get good ridership numbers until we make the system better. That takes money. At least the Sustainability Advisory Board tried to find a way to pay for improvement. But we digress…

The pilot project idea in short is to eliminate the North and South Lines and evening Duval Loop service and replace it with an On-Demand Service. So instead of the buses traveling along a route, one would use a smartphone app to request a trip similar to hailing an Uber. Rather than door to door, the buses would pick up and drop off customers at bus stops. (For details on how it is proposed to work read: Uber-Like Transit Coming to Key West? July 30, 2021). 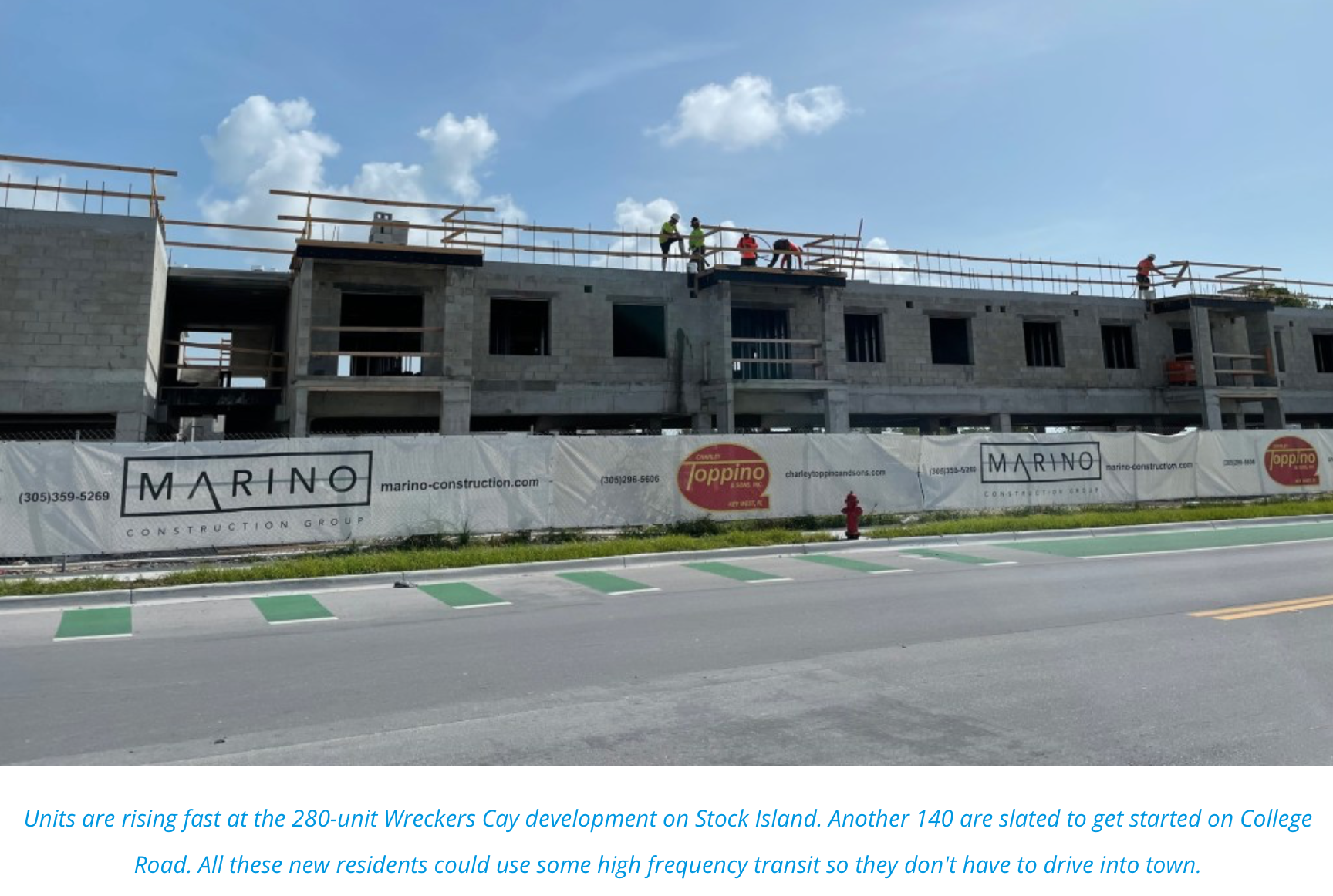 During the Strategic Planning process Mayor Johnston and others said the goal, as stated in the TDP, should be service every 15 minutes because that’s what’s really needed to attract people out of cars and increase ridership. But they settled on increasing frequency to 30 minutes in the coming fiscal year because it was so much better than the current 80 – 90 minutes and it gave them more time to build towards the ideal. When asked by Commissioner Sam Kaufman during the Strategic Plan presentation “How many years have we been talking about adding bus frequency? Do we even have the capacity to do this?” The Mayor answered:

“The answer is us (referring to herself and the Commissioners on the dais). Are we willing to spend the money that gets us there? The limiting factor is us and what we’re willing to commit to.”

The last chance for Commissioners to ask why they weren’t presented with an opportunity to commit to an investment in public transit with more frequency is the September 13th Budget Hearing. Yes, more drivers and more frequent service are going to cost more money, but isn’t that where we were headed before Finance stepped in? Will anyone speak up or will the Commission, having been provided cover from making any hard choices about spending additional dollars to improve our public transit, keep silent? 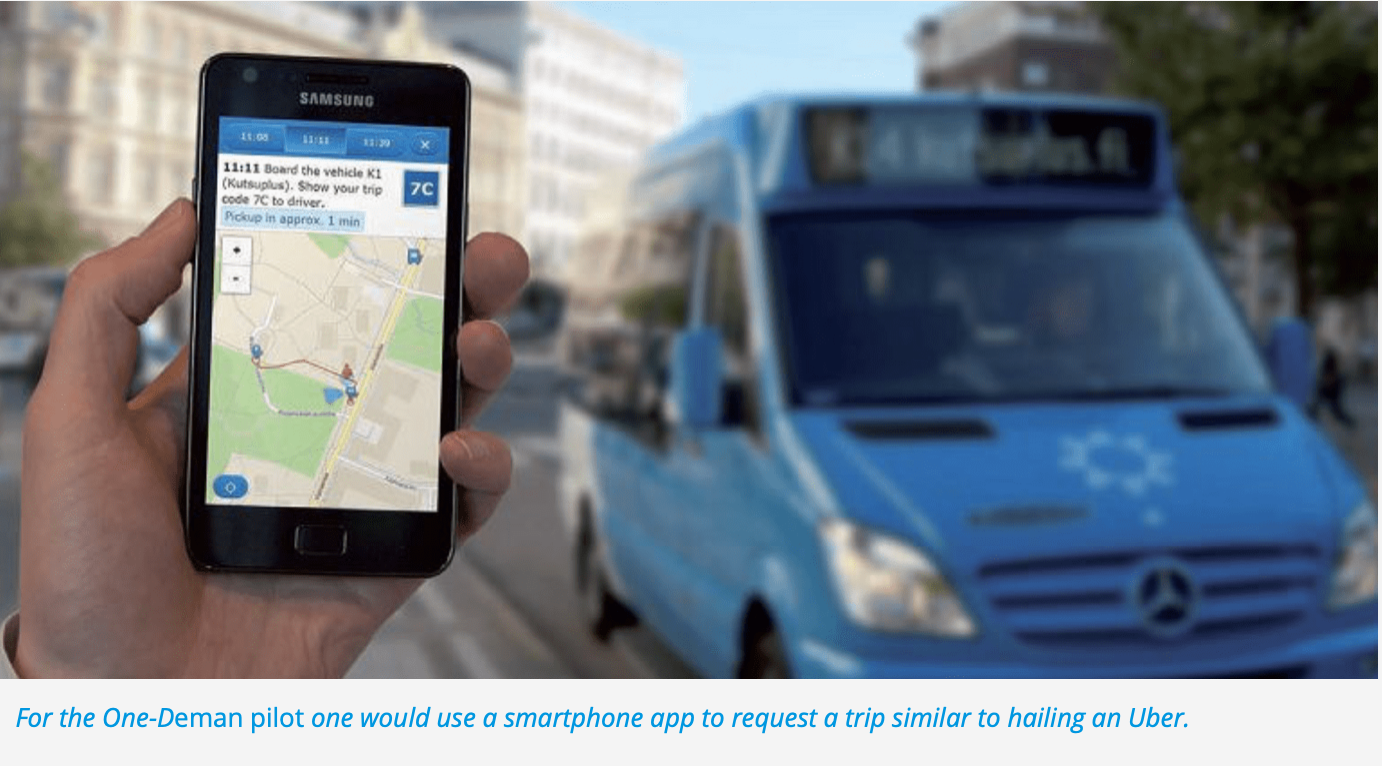 Rolling the Dice on Keeping the Death Spiral at Bay

By keeping silent the Commission will be rolling the dice and hoping and praying that this On-Demand pilot, which is untested in urban areas like ours, works. Because if it doesn’t, we’ll have lost a year in which we could have incrementally invested in more frequency and better routes. Which might have led to better ridership numbers and more money from the State. Which could lead to a positive spiral, more funding, and the ability to get frequencies down to 15 minutes.

If the Commission doesn’t commit to an investment in public transit and goes with the budget neutral pilot project, we really have no choice but to root for the Uber-like On-Demand Transit pilot to succeed. Who knows, maybe that Hail Mary pass will be caught and so many people will use it that we’ll need more drivers anyway to keep up with demand. Seems this may be our only hope in avoiding the death spiral. Yes, this is going to be a very important year for our little Key West Transit system. Stay tuned…

*The original Improve Public Transit section of the Key West Forward Strategic Plan called for increasing frequency on the bus lines when formally presented to the Commission on June 15. The final version of the Strategic Plan that was just released and went to the Commission on September 1 included a switch to On Demand Transit that wouldn’t need more drivers and money.