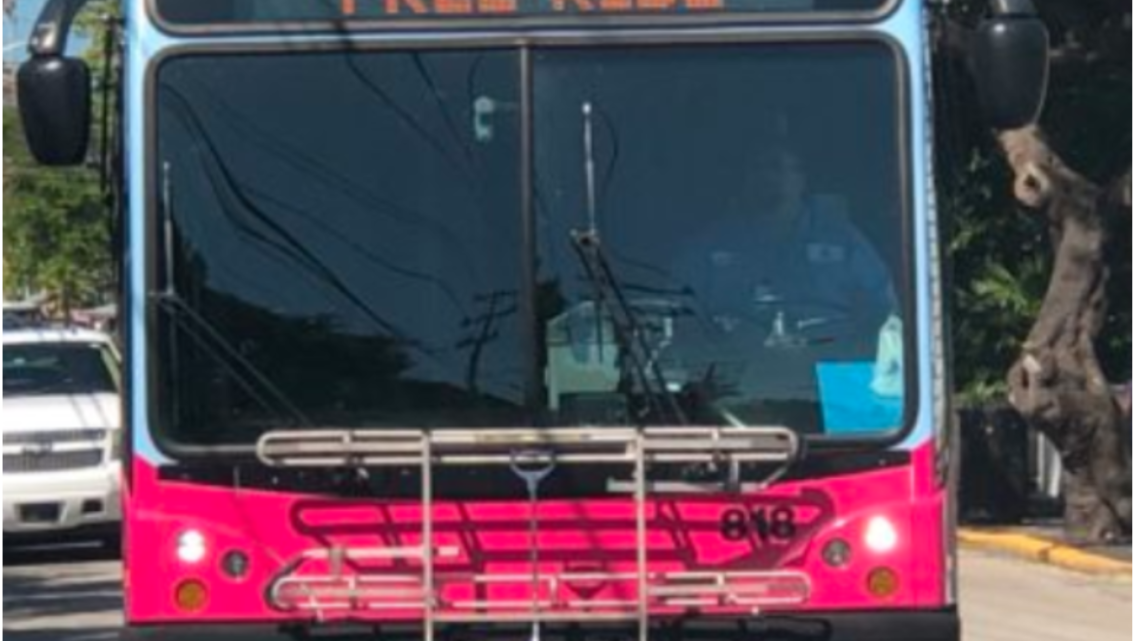 The City’s Sustainability Advisory Board (SAB) is on the leading edge of creating positive change. At its January 14 meeting, the Board, adopted a Fare Free Resolution calling on the City to raise metered parking rates by $0.50 cents and target the new revenue for making City buses fare free, increasing frequency on the new North and South Routes and increasing driver pay in order to compete with other entities and improve reliability. If there’s any money left over, they stipulated it should go into the Transportation Alternatives Fund for other alternative modes. This is a good idea that needs to be supported by residents and the business community. Here’s the story. 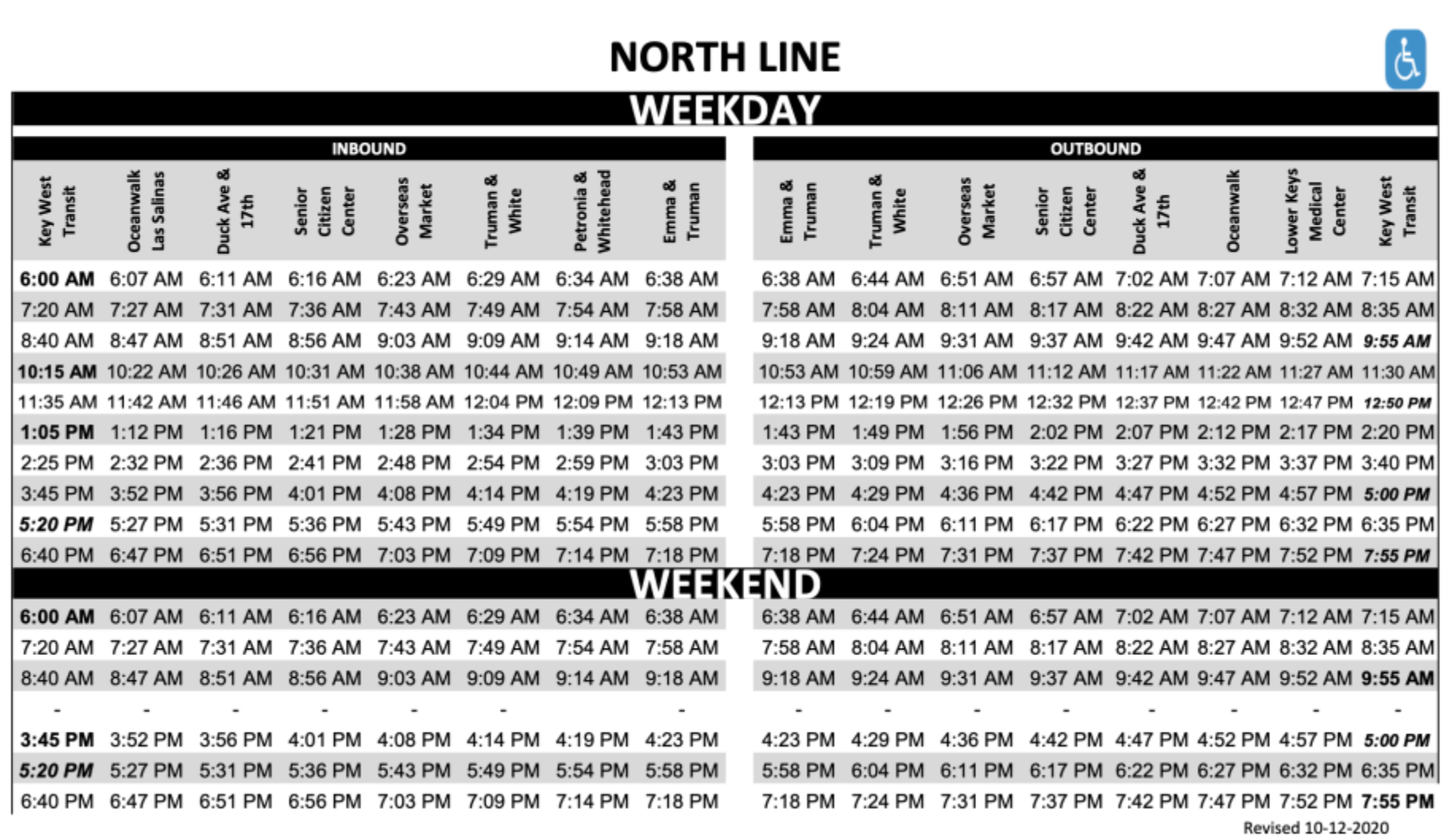 Launched in August of 2017, the Duval Loop quickly became a favorite of visitors and the lodging, attractions, restaurant and retail businesses in our downtown. The service is successful because it is FREE, FREQUENT (buses arrive every 15-20 minutes) and has a SIMPLE route that is easy to understand. In 2019 more than 410,000 trips were taken on the Loop. More people rode the Loop than the other four City bus routes and the Lower Keys Shuttle combined. It is only 3 years old and is universally hailed as something the “City did right!”

So why not duplicate that “Free, Frequent and Simple” success formula on the other routes? Well… 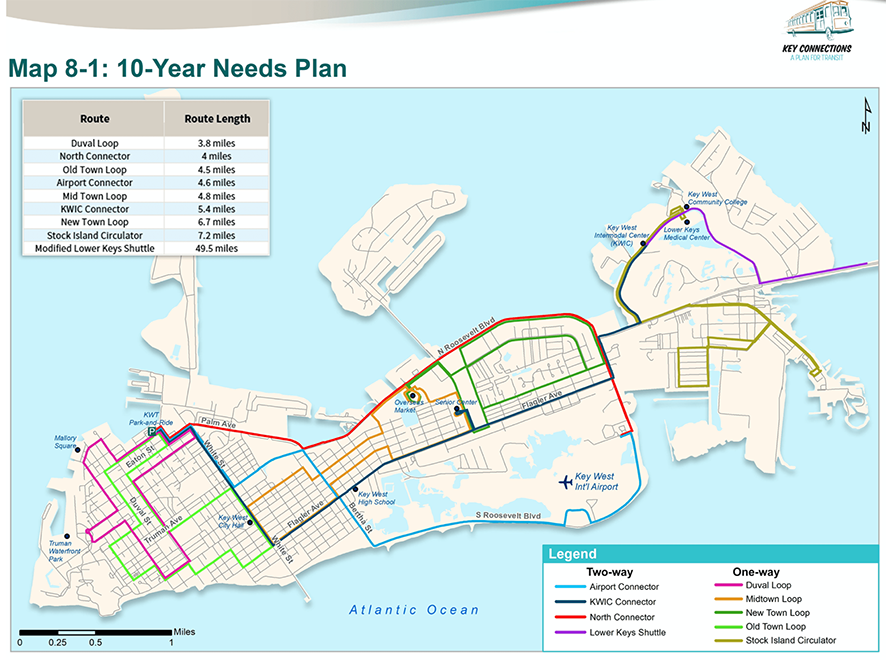 The City’s 10-Year Transit Development Plan (TDP), adopted in late 2019, is an ambitious, progressive plan promising a system of “Loops” (Duval, Old Town, Midtown, New Town, Stock Island) to be connected by a few simple “Connector” routes; Airport (along S. Roosevelt), North (along N. Roosevelt), KWIC (Key West Intermodal Connector on Stock Island), and the Lower Keys Shuttle). In addition to the simple Loop and Connector routes, the Plan calls for frequent 15–20-minute frequencies between buses and discusses moving towards free fares. So, the Sustainability Advisory Board isn’t going out on a limb here. Free, Frequent and Simple is actually called for in the City’s adopted 10-Year Transit Plan.

Simple Routes Come to Key West Transit in May

When Key West Transit began operations again on May 16, after having been out of service since the beginning of the shutdown in late March, they quietly reemerged with just two “simple” City routes, the North and South Lines, that mainly travel along North and South Roosevelt Boulevards to downtown where they intersect with the Duval Loop. These two new routes replaced the four meandering and hard to understand Red, Orange, Blue and Green routes. So, it looks like Key West Transit got the simple. But then things stalled. Enter the Sustainability Advisory Board.

“I see no reason that a city like Key West, with our favorable geography, should not be able to do as many other cities have done and provide free of charge transportation to our residents and hopefully, we can bring bus driver’s wages up to a competitive and living wage.”
– Dakin Weekley, Chair, Sustainability Advisory Board

Downtown resident and SAB Member Eric Detwiler recognized the need for more action beyond simplified routes and so gathered data, collaborated with City staff on a plan and pitched a resolution that provides a mechanism, via the additional parking meter revenue, to improve the bus system sooner than later. Here’s a few things they found:

Why Frequent Service is Needed Now

Research from around the globe identifies frequency as the most important aspect of useful transit. Why? People hate waiting. The longer the wait between buses, the more anxious people grow. The more anxious they are, the less likely they are to take the bus. While Key West Transit has simplified their awful, old, rambling and confusing routes, the frequency is still terrible. Each line only has 10 trips in and 10 trips out per day. That’s 80 to 90 minutes between each bus at any given point. Who can rely on that? To top it off, the last trips out from downtown leave at 7:20 pm. And service is even less on the weekend. According to their own customer survey, Key West Transit riders say “more frequent service” is the most needed improvement and “more weekend service” is number two.

And if current riders don’t like the frequency and span of service, how in the world are we going to attract new people out of their cars to use the bus? The level of service is simply not adequate for anyone contemplating this for work or school or any kind of reliable transportation. Trips need to be at least every 15-20 minutes, like on the Duval Loop.

If more people walk, bike and take the bus it makes our streets more efficient. It is friendly to our environment and helps combat climate change. It is more equitable for all our citizens. It makes us healthier. And happier too. Very importantly it helps our local mom and pop businesses prosper. THAT’S why the City must enact the Sustainability Advisory Board’s recommendations, raise metered parking fees by $0.50 cents and put the money towards Free, Frequent and Simple Transit. It will make our little island paradise all the better.