Streets for People / It’s Time to Reconsider a Road Diet on S. Roosevelt and Make the Promenade and Road Safer 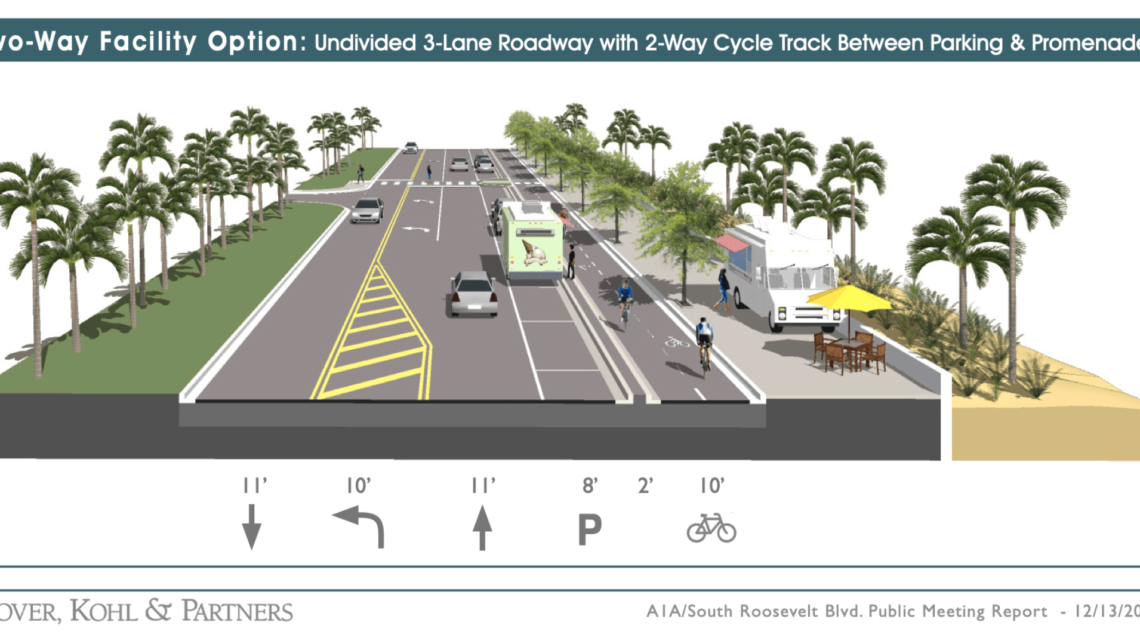 Streets for People / It’s Time to Reconsider a Road Diet on S. Roosevelt and Make the Promenade and Road Safer

At its meeting on March 31, the City Commission is poised to enact a new e-bikes ordinance that will ban e-bikes and e-scooters from city sidewalks and limit their speed to 15 mph on multi-use paths, like the North and South Roosevelt Boulevard Promenades. That’s a good thing! – (See: Averting E-Bike Mayhem and Making Key West Sidewalks Safer; February 12, 2021.) But it begs the question, if e-vehicles and bicycles shouldn’t be on sidewalks, don’t we need to make our streets safer? Can we start by separating bikes and scooters from pedestrians? And all of those, from vehicles on S. Roosevelt Boulevard?

To borrow a phase, Yes, We Can!

FDOT’S Rebuilding of S. Roosevelt from Bertha to the End of the Smathers Beach is an Opportunity for a Road Diet

Although it has been delayed by a few years, FDOT is reconstructing a one mile stretch of S. Roosevelt, from Bertha Street to the end of Smathers Beach, with improvements to the seawall and drainage work as they had done previously from the end of Smathers Beach around to Flagler Avenue. Work should finally begin in a couple years. In 2016 they started discussions with the City and citizens on potential restriping options for this segment as part of the roadway rebuild. 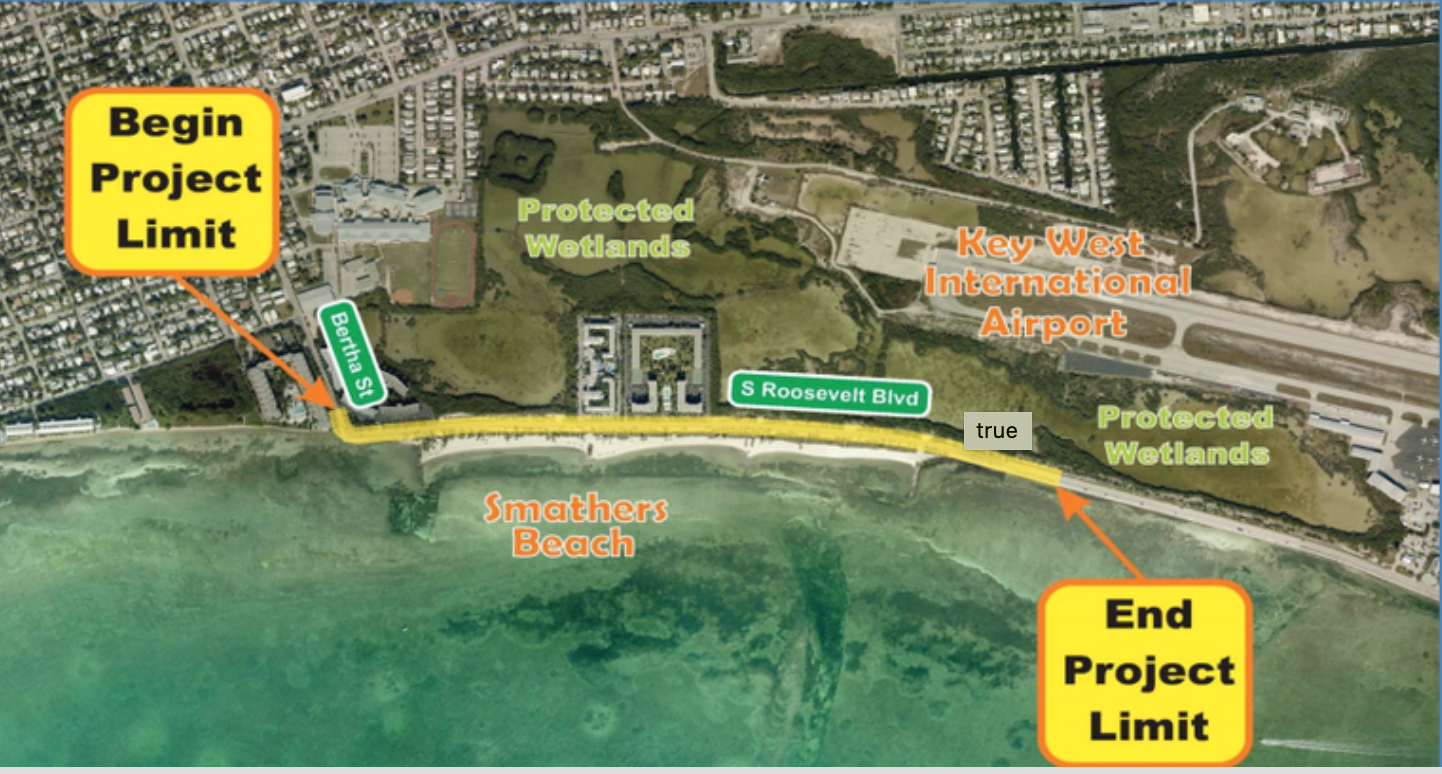 FDOT’s engineers and planning consultants presented options to redesign the street surface up to the existing curbs that they said would be safer and would maintain traffic flow and volume on the segment. They recommended a road diet.

Typically, it is the reduction of lanes on a roadway and is done to improve safety and/or provide space for other modes of travel. In this case, FDOT in responding to calls for: increased vehicle, pedestrian and bicycle safety; increased walkability; adding bicycle facilities; maintaining the parking; and reducing speeding; recommended going from two through lanes of traffic in each direction to one lane of traffic in each direction with a middle turn lane for people entering the hotels and condos. This would also provide extra room for bicycle facilities in one configuration or another. So, it would make the road both safer and provide separated space for other modes. Win. Win.

The citizens who participated in workshops and surveys loved this idea. They preferred Options 1 or 2 (below), which included one through lane in each direction, a center turn lane for cars, and bikes lanes on each side of the road or the same three car lanes with a Two-Way Bicycle Facility (pictured at the top of the article and in a photo example from Rio de Jeneiro). So did City staff. Said then Engineering Director Jim Bouquet in a memo at the time to the Commissioners: “Choosing the two-lane option for South Roosevelt will better support a transportation system which is aesthetically attractive, functional, efficient, safe and environmentally sensitive.” 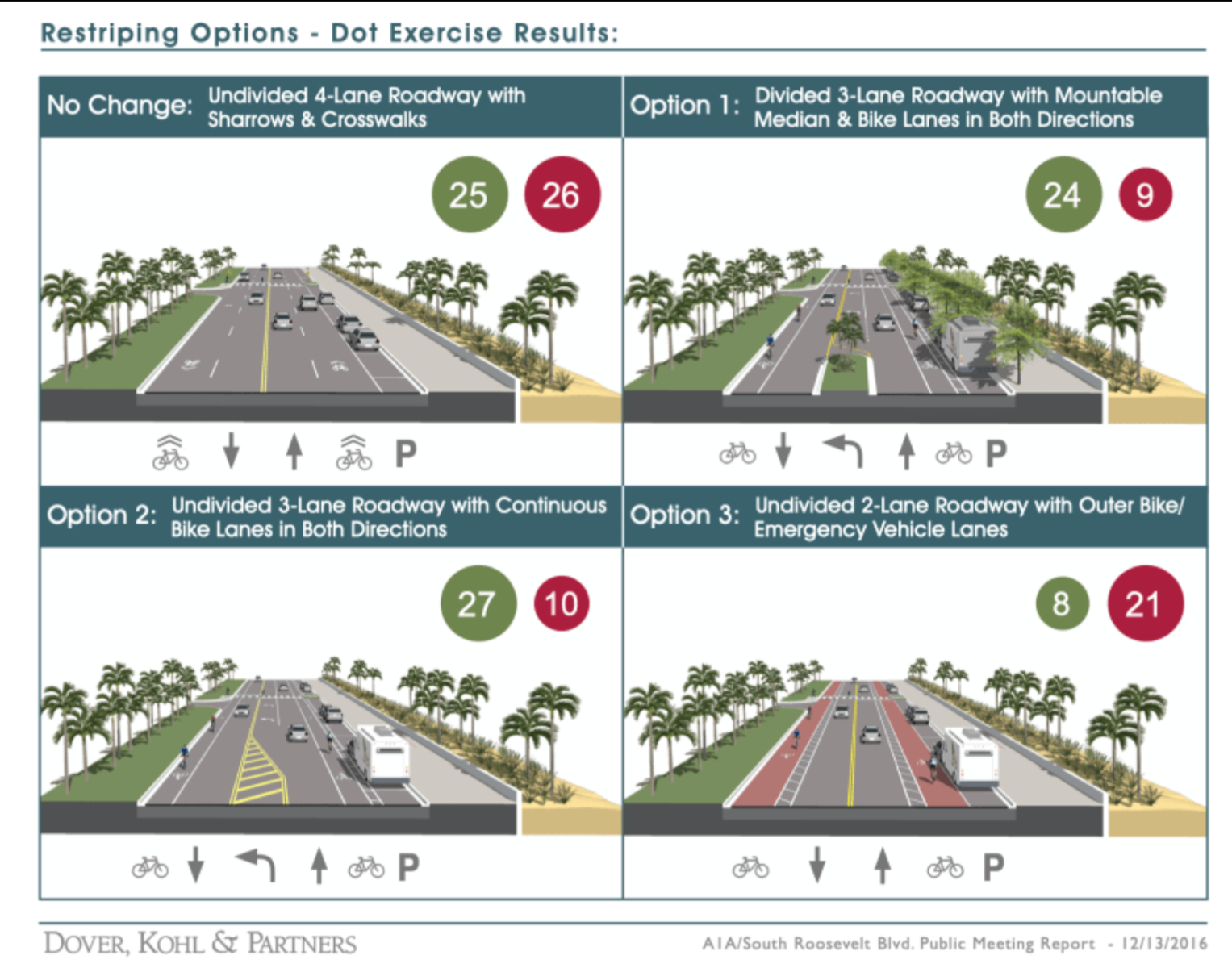 Change Is Hard and Commission Says No

But as has happened more often than not with our beloved Key West leaders when met with something new and different, they balked. Ignoring FDOT, city staff and the citizens, the City Commission voted 5-2 that FDOT should keep the configuration just the way it was, because well, we don’t want to inconvenience cars (even though FDOT said traffic flow and volume would remain the same).

Commissioners Kaufman and Weekley were the only two who embraced change. Commissioners Wardlow, Lopez, Romero, Payne and Mayor Cates voted for the status quo. And by keeping it the same, it means that bicycles, e-bikes, e-scooters, pedestrians and beach goers will continue to share the promenade sidewalk along the beach.

But Wait, There’s Still Time to Reconsider and Make the Road Safer

If you watch this short video clip of the February 7, 2017 meeting at which the Commission made the decision, you might miss that in answer to a question from Commissioner Lopez, then City Manager Jim Scholl says that yes, this decision can easily be revisited because it’s mostly just surface or paint changes to the asphalt that would be needed. And since the project’s been pushed back to 2023, they haven’t even done the final design engineering for the top of the roadbed. So yes, if the City really wanted to, they have time to reconsider this change. 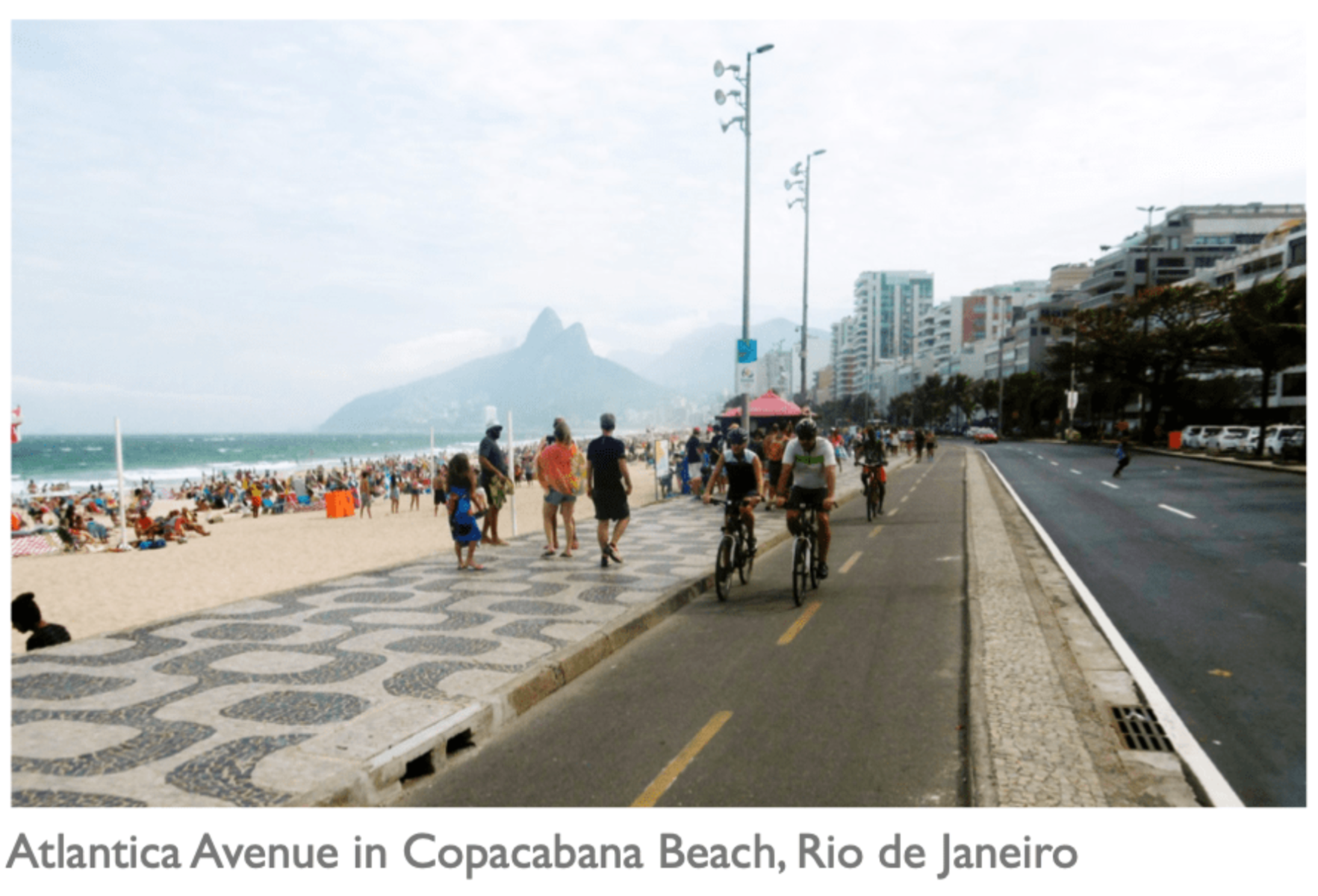 Commissioners Kaufman and Weekley are already on board. Commissioner Lopez seemed open to the idea. And Mayor Johnston and Commissioners Davila and Hoover seem more open to bike, walk, transit and streets for people safety measures than previous members of the dais. Maybe even Commissioner Warldow will change his mind, as we know he has railed against e-bikes and e-scooters on sidewalks. So maybe, just maybe we can get this done. Especially now that we’ve got the addition of e-bikes and e-scooters to the mix that weren’t discussed in 2017. Let’s hope our leaders have the will to make change for the better this time around.