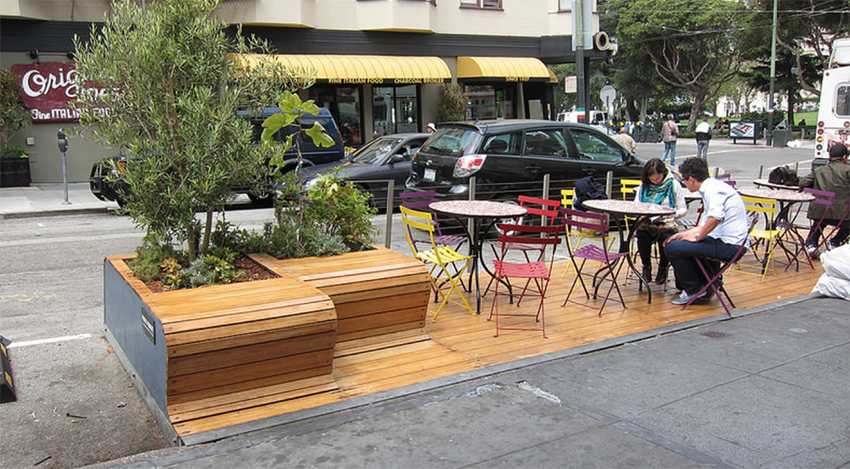 Wouldn’t it be nice to see Duval Street with more room for people? Benches and places to sit? Seating for outdoor cafés and room for retailers to show off their wares? More greenery? Art? Pop-up retail, food space or musician space that doesn’t take over the sidewalk and force people to walk single file? Many people envision all or parts of Duval Street and our historic downtown as pedestrian-only zones, except for delivery vehicles, so that we could accommodate these ideas. While the Duval Revitalization project is supposed to address these issues, it hasn’t started yet. Let’s face it, even if the community agrees on an approach, it could be years before something is actually built. One way to “widen our sidewalks” and add more people activity to our Main Street quickly would be to allow businesses, organizations or even the City to install parklets in space that is currently used for car parking. 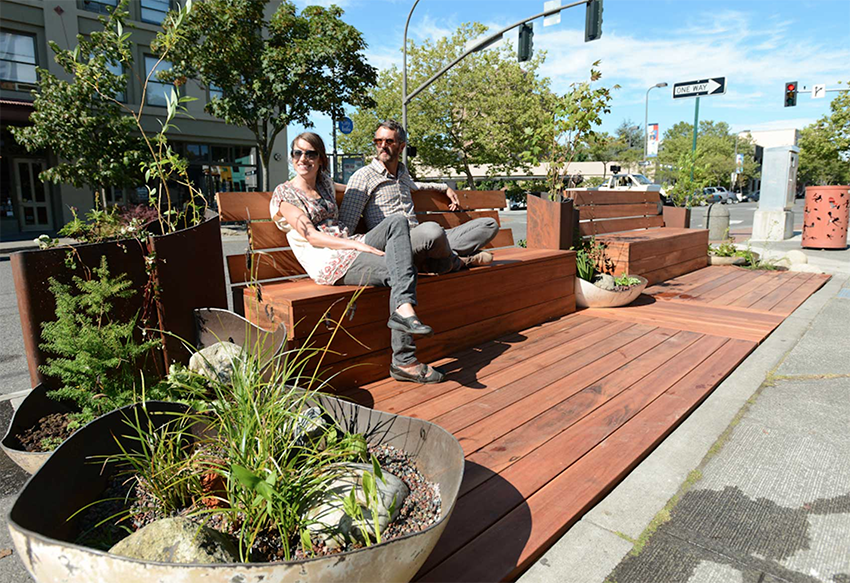 Parklets are spots for people. Not cars. Parklets are an extension of the sidewalk out into the street, usually in what was formerly a parking space – thus the name. They are intended to be used by people, usually to sit, either as an open park or as part of a retail establishment nearby. They are often temporary and can be built quickly and relatively inexpensively. So, putting these in now wouldn’t preclude more permanent infrastructure changes in the future. In fact, this little bit of tactical urbanism would be a nice way to test out wider sidewalks before going to the expense of rebuilding the street. It might be a way for restaurants to add capacity at a time when they have decreased the number of tables inside to meet physical distancing guidelines.

According to the National Association of City Transportation Officials (NACTO) Street Design Guideline manual: “Parklets are typically applied where narrow or congested sidewalks prevent the installation of traditional sidewalk cafes, or where local property owners or residents see a need to expand the seating capacity and public space on a given street. To obtain a parklet, property owners enter into an agree­ment with the city, in some cases through a citywide application process, procuring curbside seating in place of one or more parking spaces.” 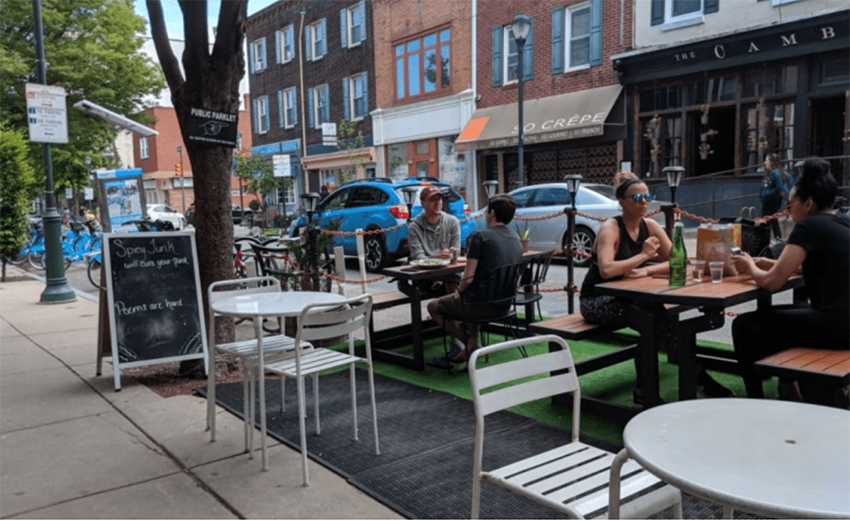 Downtown Has Plenty of Places to Install Parklets

There are places along Duval where there is currently parking (300, 800, 900 blocks) or where the sidewalk narrows for temporary parking (200, 500, 600, 700 blocks) where parklets could be installed. On Upper Duval, beyond Truman Avenue, there’s parking on both sides of the streets, providing additional spots for parklets.

Parklets shouldn’t just be for Duval Street. Anywhere near Duval or how about anywhere downtown where there are groups of retail shops, should be able to participate. Southard (Frita’s Cuban Burgers, Mr. Z’s, Key’s Coffee, The Café and Miso Happy), Fleming (The Roost and Clemente’s) and Eaton Streets (Flaming Bouy and Glazed Donuts) between Simonton and Whitehead are perfect places to add street vitality. Why not on White Street? Where else?

Parklets Can Be Public or Private Third Spaces

Installing retail sponsored parklets provide opportunities for restaurants to provide dining for customers. Installing public parklets provide anyone with a place to stop, rest, have a drink from another establishment and people watch. Studies show that older folks especially consider sidewalk furniture important. Another benefit of public parklets is the community of Third Places. A public space to sit draws people to slow down and chat and share and recognize their neighbors. Saying “meet me in front of that little park in front of the shop” now means I can sit down. Coffee shops are a great example of Third Places but you have to buy something to use it. A public parklet become a Third Place and that creates community. We need both privately sponsored and publicly sponsored parklets. And publicly sponsored doesn’t necessarily mean City-sponsored. It could be a nearby retail shop, a civic or non-profit group or a general benefactor.

Imagine some rainbow benches with visitor information installed in front of the Business Guild shop at 808 Duval. Or some wine themed furniture next door in front of Vino’s on Duval? Perhaps some greenery and public benches in front of the Oldest House Museum in the 300 block instead of cars? Or maybe some the art vendors that usually use the same side of the block and force people to walk single file, have a little space of their own in the parking space instead of the sidewalk, thereby making the sidewalk wider?

Public and Private Organizations/Foundations Can Fund and/or Build Them

Parklets would help further enliven the street and their extension into the right of way would slow down cars. Perhaps grants can be given to groups to build these? Restaurants and retail shops could build their own or team with others to help them. The TDC could provide money. Or CFFK. Team with Key West Hight School and/or arts organizations to help design, build and decorate them like was done with the trash and recycling on the street.

We need to make the permits for these free during this build back period and restaurants should NOT incur additional charges for the new outdoor seating. This is something we should encourage as making it onerous for businesses or groups to participate will kill any effort to enliven the street.

The dream of revitalizing Duval Street and making it more pedestrian friendly doesn’t have to wait for a study and an infrastructure rebuild to happen. If we could simply widen our existing sidewalks by taking over some of the space being used for car parking, we could get closer to that dream right now. 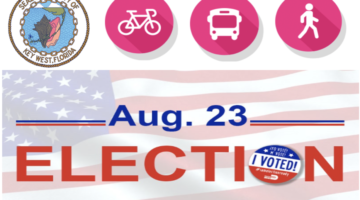 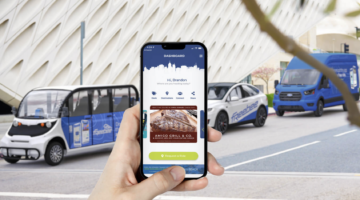 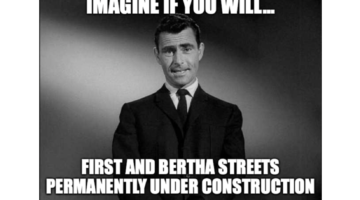