Streets for People / New City Manager Will Be Good for Bike, Walk, Transit and for Key West 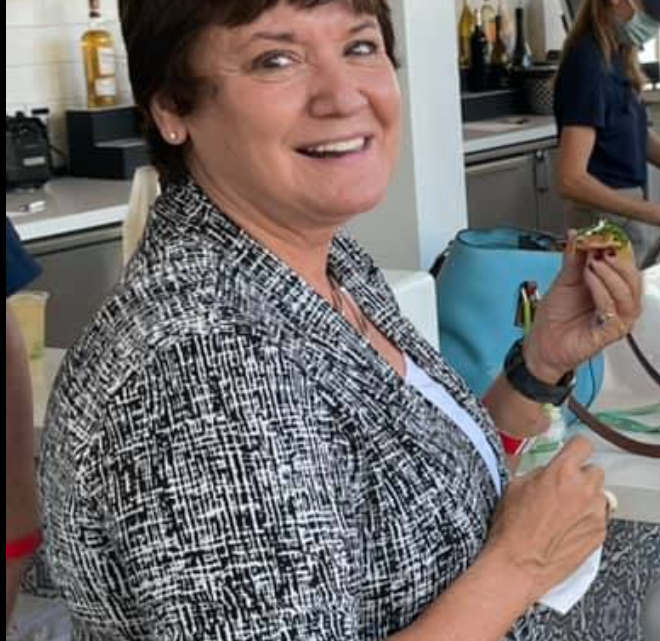 Streets for People / New City Manager Will Be Good for Bike, Walk, Transit and for Key West

On Tuesday night the City Commission ended their search for a new city manager by naming Interim City Manager Patti McLaughlin to the job. Ms. McLaughlin is an excellent choice and has the potential to deliver in making our little island more bike, walk, transit and streets for people friendly. Everyone should be excited for a promising next few years. Here’s why.

On Tuesday night Mayor Johnston said “I don’t think any of us could ever have imagined what you’ve accomplished in your first three months as interim city manager, but it has been outstanding. We know you’re going to lead this community in a moral, equitable way and I can’t tell you how proud I am of you.”

Says longtime Key West good government advocate and member of the Parks and Recreation Board Roger McVeigh of the new City Manager: “Having closely watched Patti in action in her most recent role as Acting City Manager for the last 90 days, it is difficult to ignore the new direction and substantial progress the City has made in seeking and planning solutions to many unfinished legacy City problems. Legacy problems such as workforce housing, sea level rise and climate change, homelessness and reconstituting KOTS, overall City cleanliness, completing Truman Waterfront Park, rethinking Mallory Square, Duval Revitalization, Key West Connect, Bayview Park revitalization, and Public Transit and Pedestrian and Bicycle infrastructure are all in various stages of being addressed in a meaningful way.”

She and Mayor Johnston Appear in Sync

For those of us observing city hall, it has been obvious since her appointment as Assistant City Manager in 2019 that Patti McLaughlin is in sync with Mayor Teri Johnston. We’ve noticed a redoubled effort to bring staff along with the mayor’s efforts since her Interim appointment. There’s an obvious and easy rapport between the two public servants and that bodes well for our issues.

“A Covid Recovery Plan, a Strategic Plan, a Duval Street Revitalization Plan and an understanding of and willingness to act bravely on bike, walk, transit and streets for people by our mayor, gives us hope for our little island’s future.”

Having a City Manager who thinks similarly and who knows how to engage the bureaucracy to action will only help Mayor Johnston accomplish her progressive vision. Mayor Johnston wins with Patti’s selection. Which means we all win.

Patti’s Been the Point on Recent Planning Efforts

The City’s Covid Recovery Plan and Strategic Planning (Key West Forward) efforts envisioned and championed by Mayor Johnston and most excellently executed by Elisa Levy have one big thing in common. Patti McLaughlin has been their point person. She’s at every meeting and makes sure to round up the right staff. She’s a constant presence in moving this forward. She has been and continues to be the point person on both plans. Anyone who has participated in these programs has come away impressed and hopeful that we’re finally getting somewhere. Credit the new City Manager for being able to bring it all together.

Adds City Hall observer Roger McVeigh: “Working closely with Mayor Teri Johnston, Strategic Planning Consultant Elisa Levy and seasoned Finance Director Mark Finigan, Patti is well on her way to developing a Fiscal 2022 budget that, for the first time during my almost 20-year tenure in Key West, reflects the priorities of the citizens.”

She Even Righted the Ship on Café Permits

Recently the City announced tighter code compliance with Sidewalk Café Permits. While it seems officials just wanted to get a handle on making sure businesses were complying with ADA clearance rule, insurance requirements and paying the proper fees, business owners and residents noticed the contradiction in that these restaurants were doing a good thing by enlivening our downtown streets and said so on Facebook. Patti McLaughlin noticed too. She quickly called a June 8 public meeting to discuss and review the issue. THAT’S the kind of good communications and thinking we need to see more of from management.

Patti McLaughlin is a people person, a planner, and a proven doer. She’s tireless. She’s in sync with our Mayor Johnston and she’s beloved by City staff. THAT’S a recipe for success across the board. It means over the next few years we’ll be willing to bet that bike, walk, transit and streets for people issues will get a fair shake. And that give us hope.

I’m going to end with my good friend Roger’s words about Patti as they are so appropriate: “It is refreshing to see the City appoint a calm, considerate, thoughtful and dedicated leader who understands she works for us. Patti sets the perfect example for all City Directors and City Staff to follow. I have no doubt that Patti is the leader, the right person at the right time, that can achieve the needed accountability and lead City Staff to a true rebirth of Key West.”

Amen to that Roger! Congratulations to our new City Manager, Patti McLaughlin.