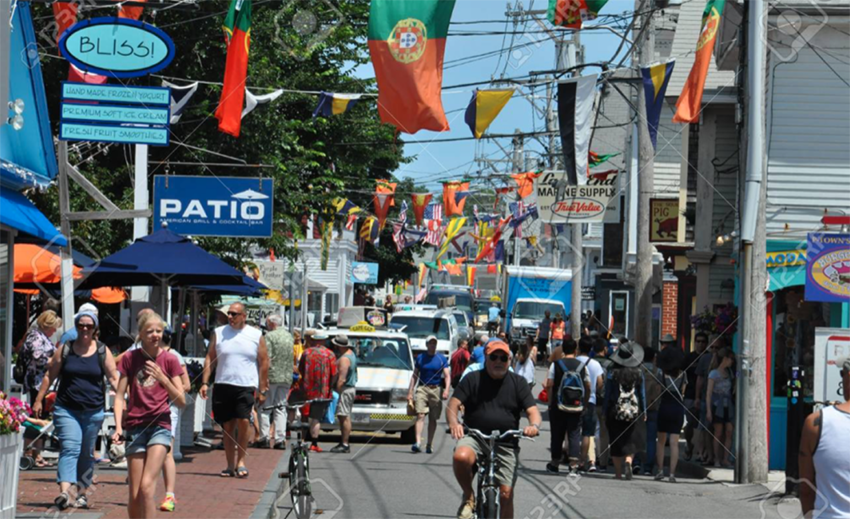 The idea of closing Duval Street off to vehicles after a certain time of day has been talked about for decades. People love the idea for obvious reasons, but we often get stuck on the details. Conversations usually devolve into “close the block entirely to cars” or “you can’t do that because…” and so nothing gets done, as there’s seemingly no in-between or compromise way to do this.

“When asked what they like most about a city they have visited, almost no one answers: The cars whizzing by on the streets. Cultural attractions, the people we meet, walking through the city and gazing at plazas, buildings, and places—these are the things that make a city unique.”

We give credit to Mayor Johnston and Commissioners Weekley and Kaufman for trying with the Mall on Duval, but even that little 3-block experiment, eventually got smothered by whining and opposition and withered away in a 4-3 Commission vote against extending it any longer. It did beget a Duval Street Revitalization Study, so something good did come out of that pilot project.

Whether part of the long-term strategy being considered by the Duval Street Revitalization Study or as a short-term temporary strategy leading up to more permanent infrastructure solutions, in thinking about closing off a block to cars we have to think about things like these:

Good questions, but certainly something we can overcome, if not accommodate these considerations, right?

If we don’t ban cars outright, perhaps we institute a 5 MPH speed limit and simply allow people to walk in the street. The example of Commercial Street in Provincetown, Massachusetts comes to mind, as they do something similar in their season, during the summer. They have small sidewalks and a narrow street and so they allow people to walk in the street. Notice in these pictures of PTown there are indeed cars on the street. But in this case, the sheer number of people forces a vehicle to slow down. There are people riding bikes too. But if you look at the pictures closely, you’ll notice that sometimes the number of pedestrians makes bike riding uncomfortable and so people are walking their bike. Even though Commercial Street is their main retail and activity street, unless people in cars really need to use it, they try to avoid it, especially in the afternoons, evenings and weekends during the season. It works. No extra police. No infrastructure. People know the nature of the street and everyone adjusts. 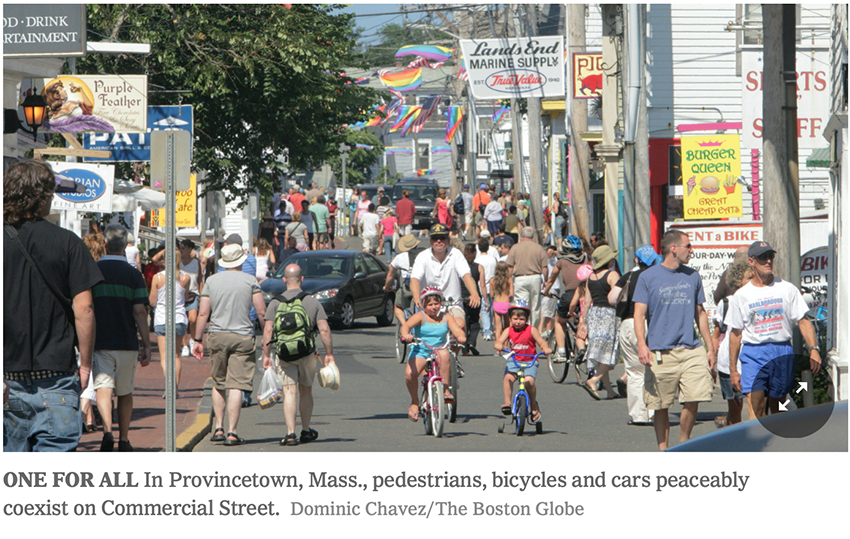 Some people will say, Key West is different and unique. Yes, we know. Duval Street is wider. True. Commercial Street is a one-way street and Duval is two-way. Also, true. Provincetown’s a special case. Okay, that’s a given, but so is Key West And this is where our conversations usually get derailed because well, the powers that be are loathed to try anything from someplace else. We know. We know. We are unique and do things our own way. But there is growing evidence from around the world that people adjust to these types of situations and that it can be done. So why can’t we figure this out in our own Key West way?

This isn’t a new concept. A Woonerf is a Dutch term for a street shared by cars, bicycles and people as equals. Woonerfs are alternately called “Shared Streets.” Although cars are allowed in most — but not all — of the zones or blocks of a Woonerf, they are generally restricted to “walking speed” with the onus of responsibility for safety entirely on the driver. Bikes cede the right of way to pedestrians. Instead of dividing a street with barriers like curbs, sidewalks and bike lanes, everyone uses the street simultaneously and cars are forced to drive slowly. There are things called Slow Streets, but usually those are associated with residential neighborhoods. And these aren’t Complete Streets, which accommodate all users but do so with separate infrastructure or lanes for pedestrians, bikes and vehicles.

In speaking of a woonerf, “They’re designed to allow cars, but they aren’t designed for cars. Cars have to behave themselves in a different way.” 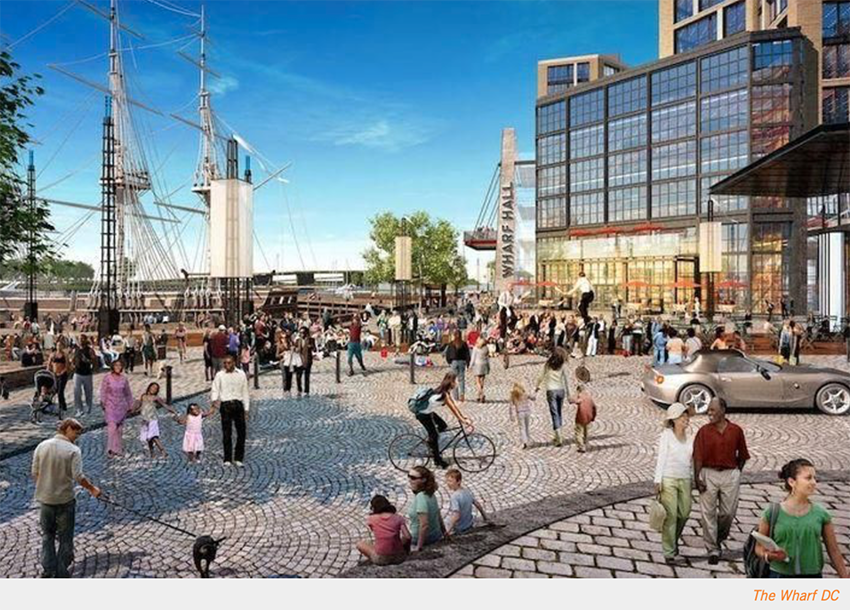 Here’s some things we can do right now, or incorporate into future, more permanent infrastructure plans for Duval Streets and some of the surrounding downtown commercial blocks:

Is this a perfect solution? No. Is it a compromise? Yes. But in the face of the seemingly all or nothing conversations we’ve been having for decades on closing Duval Street to cars, perhaps this can be a start for discussion. We wouldn’t need to do much planning nor infrastructure improvements to implement this on some blocks as a pilot project. Perhaps the consultants doing the Duval Street Revitalization Study could use tactical urbanism, as we did on the Crosstown Greenway, to test some ideas out?

Doing these things wouldn’t have to be permanent, so if we want to reconfigure the street in the future, we can change things. Duval Street is something that should bring us all together. The idea is to do it quickly, get a win and feel good about doing something that will be healthier and more prosperous for our Mom n Pop shops in response to this Coronavirus mess. Repaving Duval Street was a nice start. Now let’s make it for everyone, not just cars.