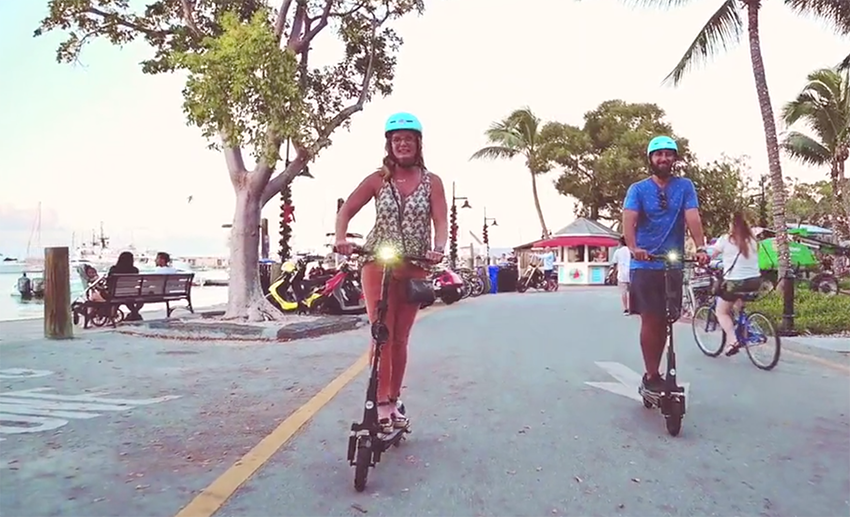 Local entrepreneur Marc Meisel, who owns the H2O Suites, Santa Maria Suites and the Southwinds Hotel has started a unique electric scooter company called Lama Mobility that will whisk his guests around town in an eco-friendly e-scooter to shop, dine and visit attractions without need of a personal or rental car, Uber, gas-powered golf cart or whinny gas-powered scooter. As the City has a temporary moratorium on new rental vehicles, he’s asked for a one-year pilot project to test the new venture at his three hotel properties using 48 Lama e-scooters. THIS is something the Commission should enthusiastically support. 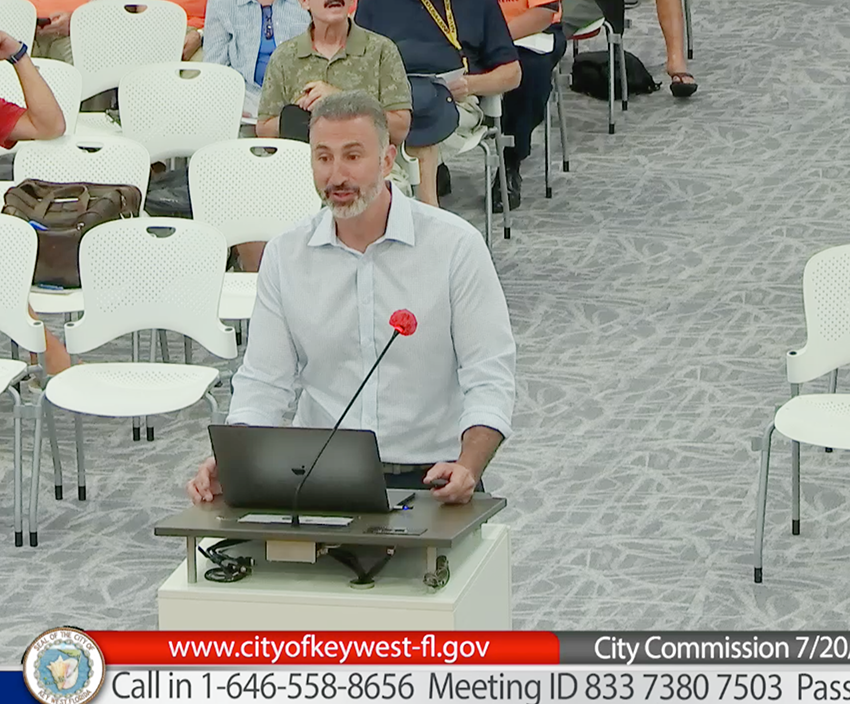 Commissioner Hoover Again on the Forefront of Change

Commissioner Mary Lou Hoover sponsored Mr. Meisel’s presentation (video here) and proposal (PDF of the PowerPoint here) at the July 20, 2021, meeting. Commissioner Hoover has been at the forefront of progressive alternative transportation as she’s recently spearheaded putting bike lanes on S. Roosevelt Boulevard and has worked tirelessly with Mayor Johnston and Commissioner Kaufman on the long process of reforming the City’s E-Vehicles Ordinance to provide more safety for people on sidewalks.

In introducing Mr. Meisel, Commissioner Hoover noted she’s been approached by other vendors who had dockless scooters that traditionally operate with the pickup and drop off transaction conducted via an app on the street. She noted the City wouldn’t allow these kinds of operations in the City right-of-way, which has been the Achilles heel of several other failed attempts at Key West based private bikeshare, public bikeshare and carshare.

In other cities across the country, traditional dockless rideshare e-scooter programs like Lime, Spin, Bird and Lyft, operate when a customer sees an e-scooter on the street and then uses an app to unlock it and go. Key West doesn’t allow these kinds of operations. Lama Mobility was designed to operate as a round trip rental, like the way bicycles are rented traditionally from a storefront or as we often see here in Key West at a hotel.

Mr. Meisel said their system was designed this way because one of the biggest complaints of electric scooters in other cities is the problem of abandoned scooters’ littering sidewalks, parks, and other public spaces. The other problem is keeping those scooters charged. 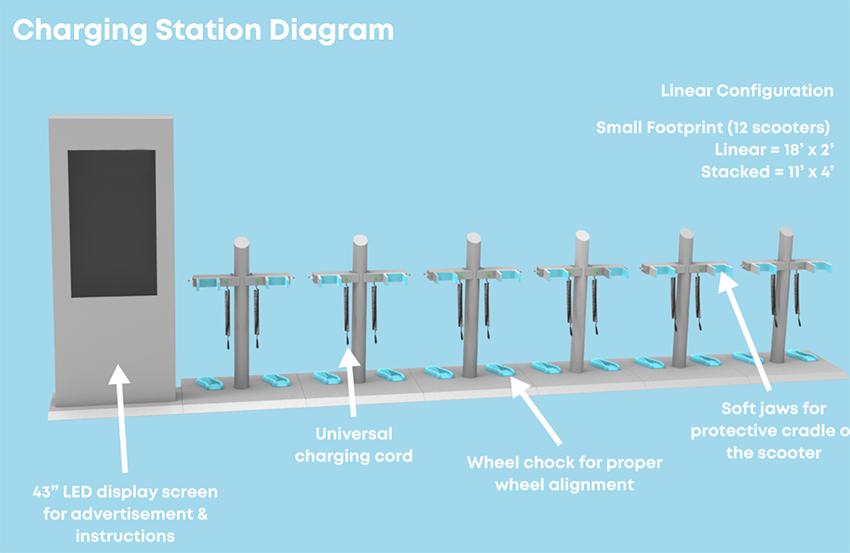 By creating docking stations where the scooter is charged while it’s parked, it solves the charging problem. Putting the docking station on a hotel property where the user picks up AND returns the scooter to the station means they won’t be left somewhere else. That takes care of the problem of “abandoned” scooters littering sidewalks and it solves the Key West specific problem of moving the transaction off the City’s right-of-way too.

Watch this video to see how the company explains the customer experience. 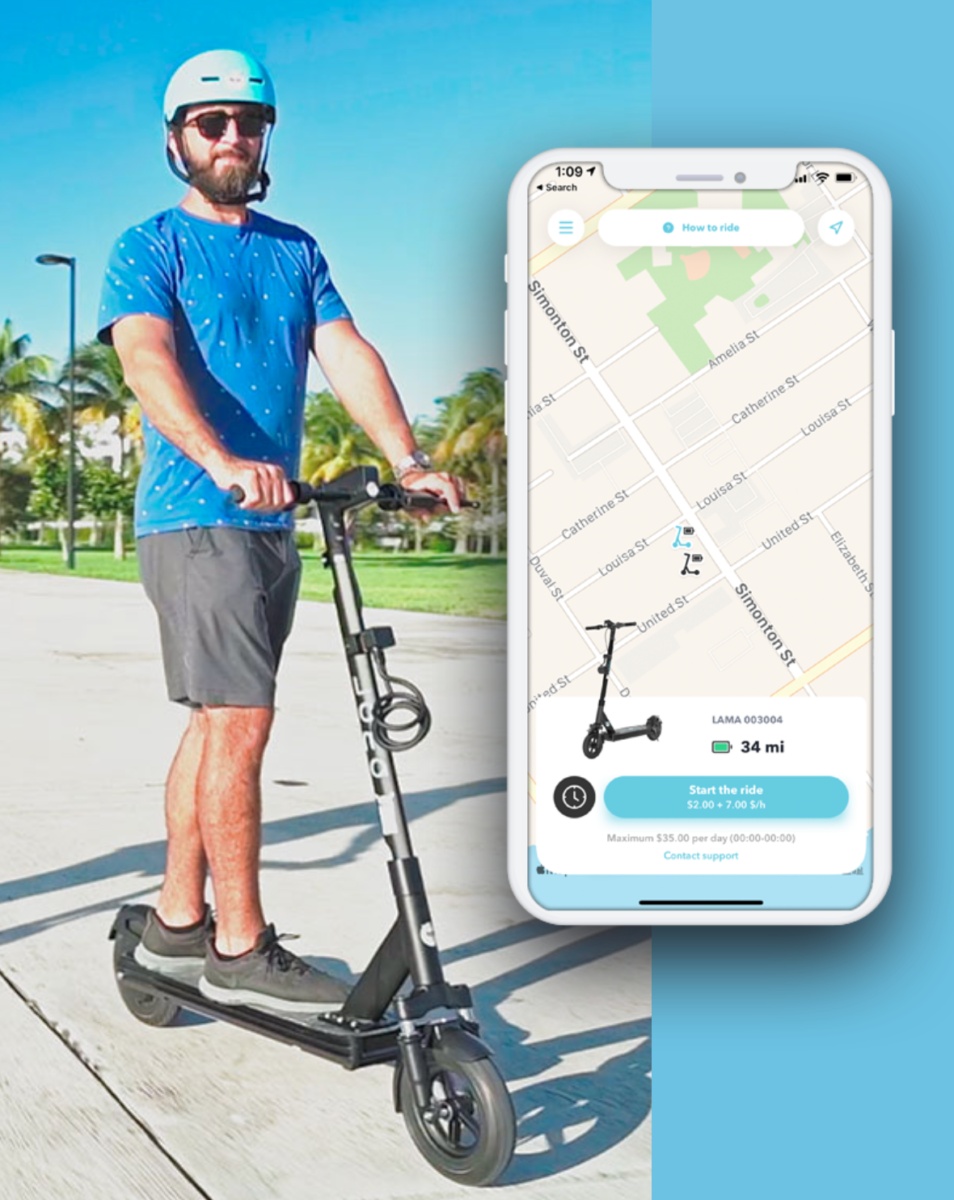 A Safe, Eco-Friendly and Quiet Alternative to Get Around

In introducing the concept, Mr. Meisel said that his hotels on the Upper end of the Duval area are a long way from many Key West attractions, citing Fort Zach as 1.4 miles away, Mallory Square as 1.3 miles and the Key West Seaport as 1.2 miles away. When faced with having to walk this far he said many of his customers opt for driving personal or rental vehicles or take Uber and Lyft. His electric scooters would offer an “efficient alternative that reduces gas-powered automobiles on the roads, parking problems, and sidewalk congestion all while not disturbing the atmosphere or Key West citizens with the noise or pollution from gas-powered engines.” We like that! He also showed a slide indicating national data that nearly 50% of e-scooter users switched from a motor vehicle. We like that too. 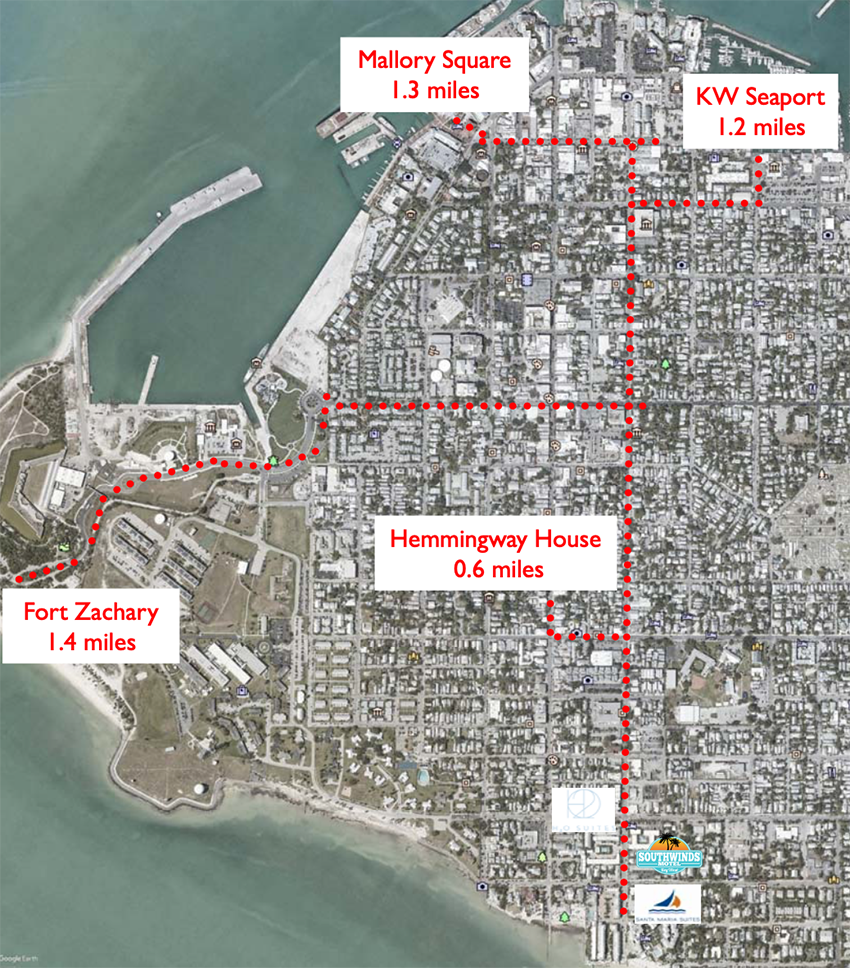 Safety education is built into the system so that riders are readily aware of how to operate the scooters and of the rules of the road. The app walks users through instructional/safety information and videos. That same information is then displayed on the charging rack monitors. There are bright front and back lights on the scooters, a loud bell and the device can’t go more than 15 mph. All users must be 18 years of age.

In addressing the concern about sidewalk riding, Mr. Meisel said that in Portland, Oregon, on streets where speed limits were less than 35 mph, which is most of Key West he added, 92% of trips were taken on the street. As part of the safety education and rules of the road on the app and at the station, he said they’d stress that they didn’t want people riding on the sidewalk. He also said that data shows that it takes just a minute to get comfortable in using the scooter and that research shows the electric scooters are no more dangerous than other forms of transportation.

He also mentioned a cool geo-fencing feature that would allow the City to ask Lama to say, restrict the maximum 15 mph speed of the vehicles in certain zones. For example, he said if you wanted, you could set the maximum speed at 10 mph for heavily used areas like Duval Street. Or you could even have the scooter not be able to operate when it hit a certain zone like Mallory Square where you don’t want them mixing with pedestrians. 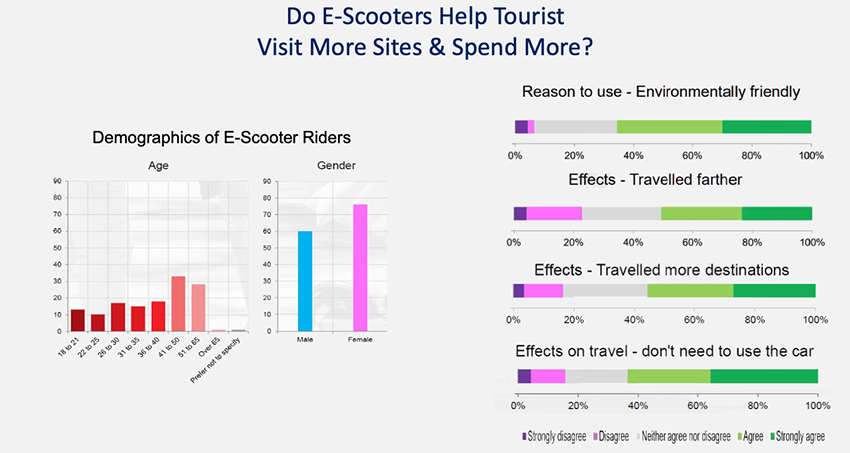 Electric Scooters and Other Alternatives are Good for Downtown

We’ve often brought our readers research that says people on foot and bicycles are better for downtown business than people in cars. Mr. Meisel citied similar research that shows the same for people who use e-scooters saying that e-scooters help tourists visit more sites and spend more money.

Getting people out of cars and into quiet, eco-friendly alternatives like the Lama e-scooters is a good thing. It nicely compliments efforts like the Duval Loop. It makes our downtown a more friendly, green, and prosperous place. So why does Mr. Meisel have to beg for a pilot project. This needs to get done and going!

Our question is WHY isn’t City Hall expediting these kinds of programs instead of overregulating them? Why aren’t we putting in more bike racks and bike lanes? Why aren’t we pedestrianizing more downtown streets? Why isn’t there more frequent transit? And why aren’t we properly managing our parking so that we direct short-term parkers to meters and longer term visitors and workers to long-term lots and garages? All these things, including e-scooters, would make Duval Street & Historic Downtown healthy, green, sustainable, equitable, prosperous, affordable, and happier too. 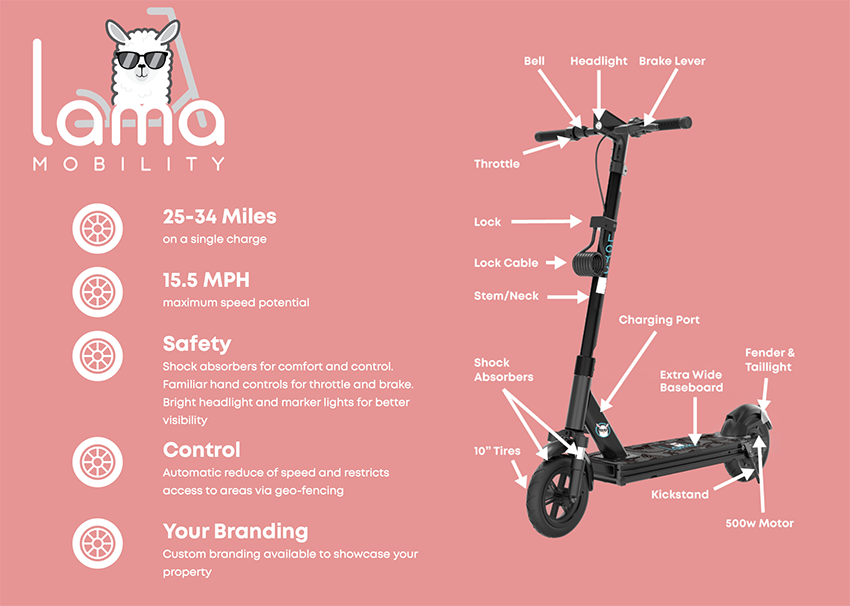