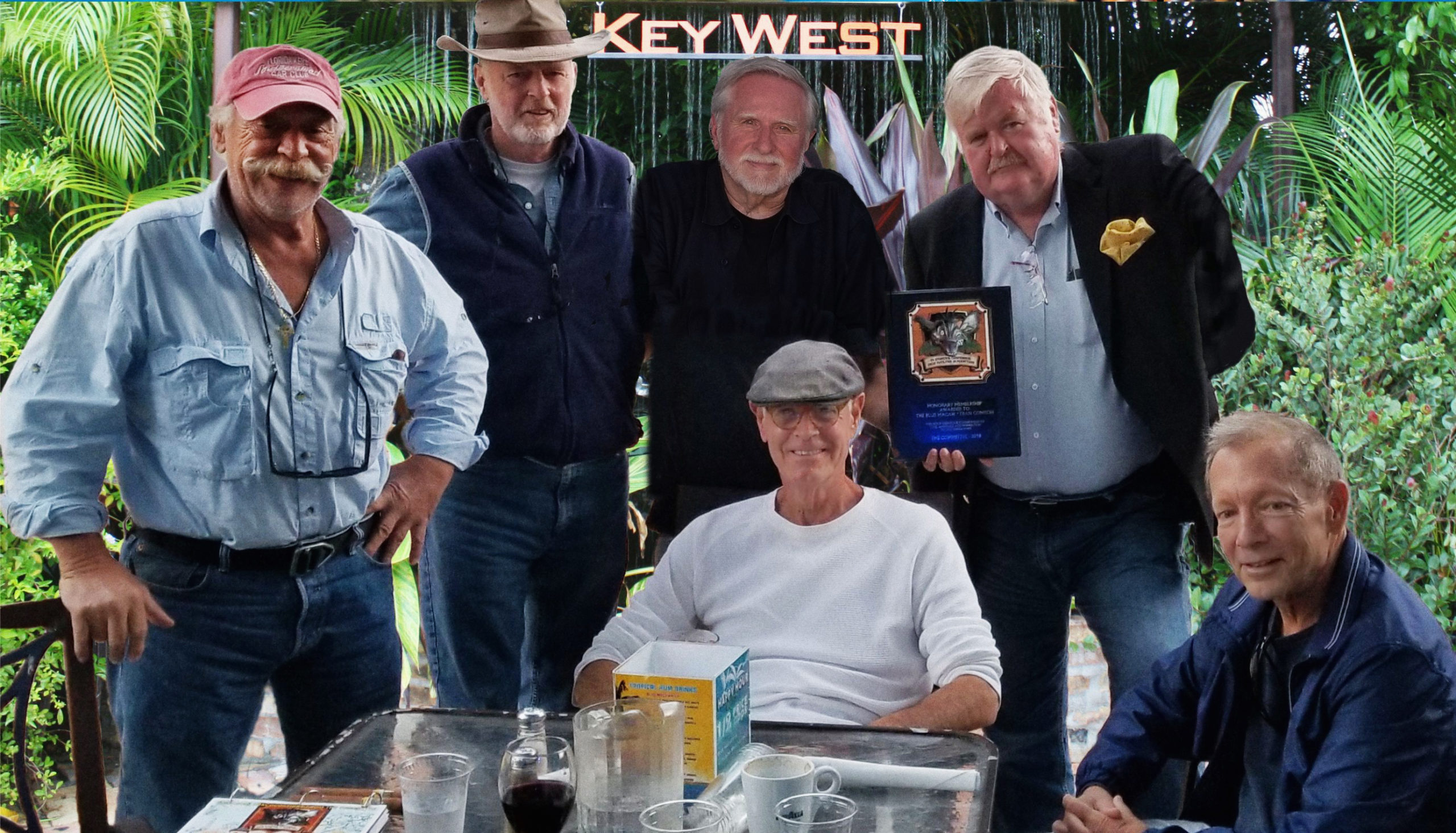 Book signings generally give readers a chance to meet an author – but the signing for “Tortuga Triangle” on Saturday, Nov 19, 6 to 8 p.m. at Grand Vin, 1107 Duval Street, presents the surviving five authors of a group of six who collaborated to write it.

On hand for the signing are Reef Perkins, Andrew Daly, Dane M. Dastugue, Mac McCausland, and Shirrel Rhoades. The sixth author of this ménage à cinque was the late Jim Hendrick.

Along with wine and copies of the book, connoisseurs will have the opportunity to chat with these local writers – collectively known as The Committee – about how they came together to write this adventurous tale that takes readers from Haiti to Key West and back again.

Not an anthology, “Tortuga Triangle” is one rambling novel, with each chapter written in round-robin style by the six authors.

This concept was inspired by a 1969 novel called “Naked Came the Stranger” by Penelope Ashe – which was actually a literary hoax written by a group of twenty-four journalists led by Newsday columnist Mike McGrady.

Those behind “Tortuga Triangle” are:

Categorized as a combination humor, adventure, mystery, thriller, “Tortuga Triangle” is summarized on the Absolutely Amazing eBooks website as follows: “The product of six Key West-based writers, rascals, and raconteurs, this adventure takes you from Haiti to Key West and points unknown as the US Coast Guard, law enforcement officials, and mysterious figures set their sights on a nefarious villain known to all as Da Turtle. This chase involves the Ton-Ton Macoute, a Voodoo priestess, a Polynesian mystery woman … and a flock of pigeons!”