Six North Carolina streamgages surpassed major flood levels Sunday afternoon, and two North Carolina gauges stopped transmitting information, either because their electronics were inundated or the sensors that transmit their readings to a satellite were underwater, and more gauges are likely to become submerged and stop working, said USGS supervisory hydrologist Douglas A. Walters in Raleigh.

On the Trent River in Trenton, N.C., a streamgage stopped working when water levels reached about 21.5 feet. The major flood stage at that site, set by the National Weather Service, is below 15 feet. On the Northeast Cape Fear River near Chinquapin, a streamgage stopped working late Sunday morning after reaching its operational limit of 24.2 feet. At that location major flooding occurs when the river reaches 16 feet.

The operational limit, which varies from site to site, is the point at which a streamgage can no longer transmit data because high water has caused an equipment failure. Floodwaters may rise higher after that, but the gauge’s transmitted record won’t show it. USGS streamgages are normally installed well above the heights that floodwaters are expected to reach. Crews have been in the field this weekend raising some gauges even higher.

USGS hydrographers will quickly repair or replace damaged gauges as soon as they are accessible, and will reconstruct peak water levels after the storm has passed. In the meantime, people who are monitoring water levels at individual streamgages are advised to check the time and date of the latest reading to confirm the gauge is still operating.

Other North Carolina sites where waters were higher than major flood levels at midafternoon Sunday were the Neuse River near Kinston, (21.5 feet), the New River near Gum Branch (23.7 feet), the Trent River near Pollocksville (14.2 feet); the Northeast Cape Fear River near Burgaw (16.9 feet) and the Lumber River near Lumberton (20.9 feet).

See the most recent flooding information from USGS streamgages https://waterwatch.usgs.gov/index.php?mt=floodz&st=nc&usst=&ushuc=&id=wwlmap_viewer.

Governor Ron DeSantis Joins DEP, FWC and Other Partners to Kickoff 100 Yards of Hope and Announce the Launch of Florida’s Coral Reef Campaign

The deadliest weapon is the human mind 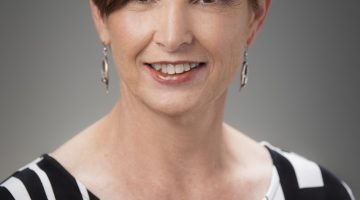