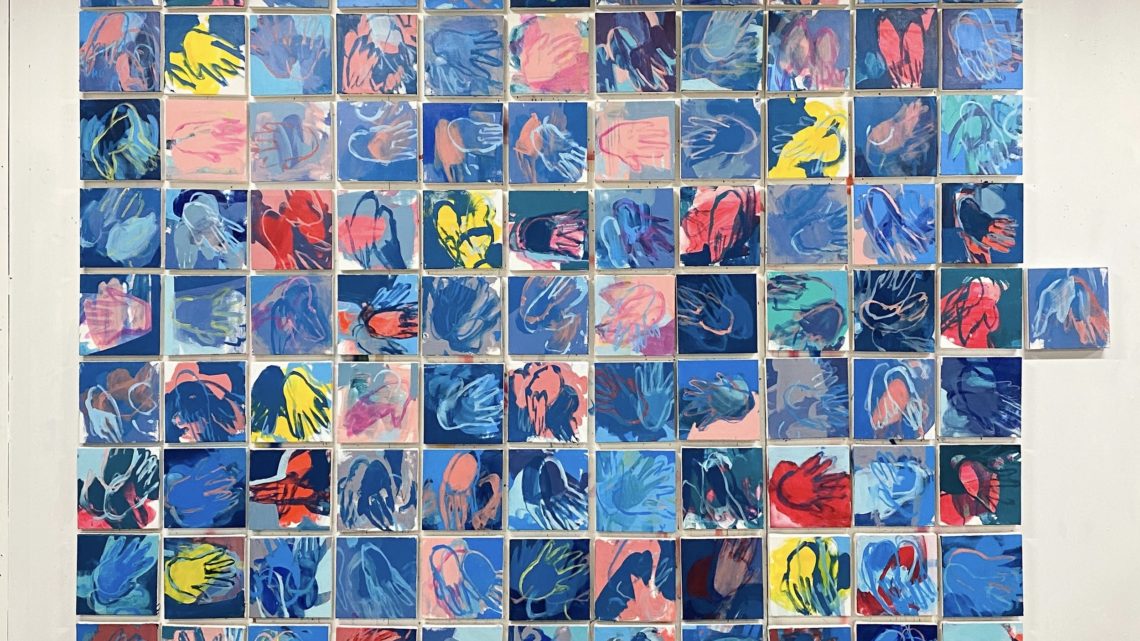 Katie Pumphrey, featured at Harrison Gallery and Studios of Key West, is an American contemporary artist and passionate swimmer. She recently completed her second English Channel swim on July 29th, with a time of 13 hours and 44 minutes! The first time she conquered the swim, August 7th, 2015, she completed in 14 hours and 19 minutes. Both are incredible times, as this 20.5 mile swim is no joke!

Pumphrey grew up swimming, and was competing all throughout high school. She went to Maryland Institute College of Art, and whilst earning her BFA, she maintained her passion for all things swim by lifeguarding and swimming whenever she could. A bit after graduating, Pumphrey knew she wanted to conquer a goal, and signed up for an open water swim of 4.4 miles, which was her first official swim, in 2010. From there, her appreciation for long-distance swims only grew, and as the years went on, she continued to participate in longer swims, and eventually looked into the 20+ mile English Channel swim. “The English Channel is the mother of all other swims, it is where all of the others started from.” Says Pumphrey.

After having done the English Channel swim in 2015, Pumphrey was exhilarated by her experience, and couldn’t get the experience out of her head. She says, “The last seven years I’ve been non-stop thinking about the English Channel. It’s a magical place, a hub for swimmers all over the world, and there are just so many different people involved.” Because she knew the stakes of the swim better this time around, Pumphrey wasn’t as fearful of the expedition, and was prepared in a lot more ways than just training.

Pumphrey says that this time around was a really hard swim, as the conditions were harder, and the waves were rougher. The first time, though, the water was way colder, and she recalls that the first swim was the coldest she has ever been in her life. Pumphrey trained for this by gaining weight and taking other necessary precautions, as it was still very cold, but a considerable amount less. Climate change, huh.

During the swim, Pumphrey’s crew, her husband Joe and friends Dylan and Trent, were following next to her in a boat, equipped with water, protein, ibuprofen, and any other necessities in order to maintain Pumphrey’s condition.

Much of Pumphrey’s artwork is inspired by swimming. She even created a body of work that she calls “100 Paintings”, consisting of 100 10”x10” paintings influenced by swimming. The sales from these paintings went towards her English Channel Swim! Pumphrey says, “In a lot of my work, I play with the aspect of being in control, and the way that alterations to a steady path change control, whether that be a wave, stress, or anything else. The change in course is a lot of what I think about when creating. That repetitive cycle that we are always on, of feeling in control of things, and then scrambling when we lose it to get back.”

Congratulations to Pumphrey on her major triumph! If you’d like to learn more about the swimming artist, head to katiepumphrey.com