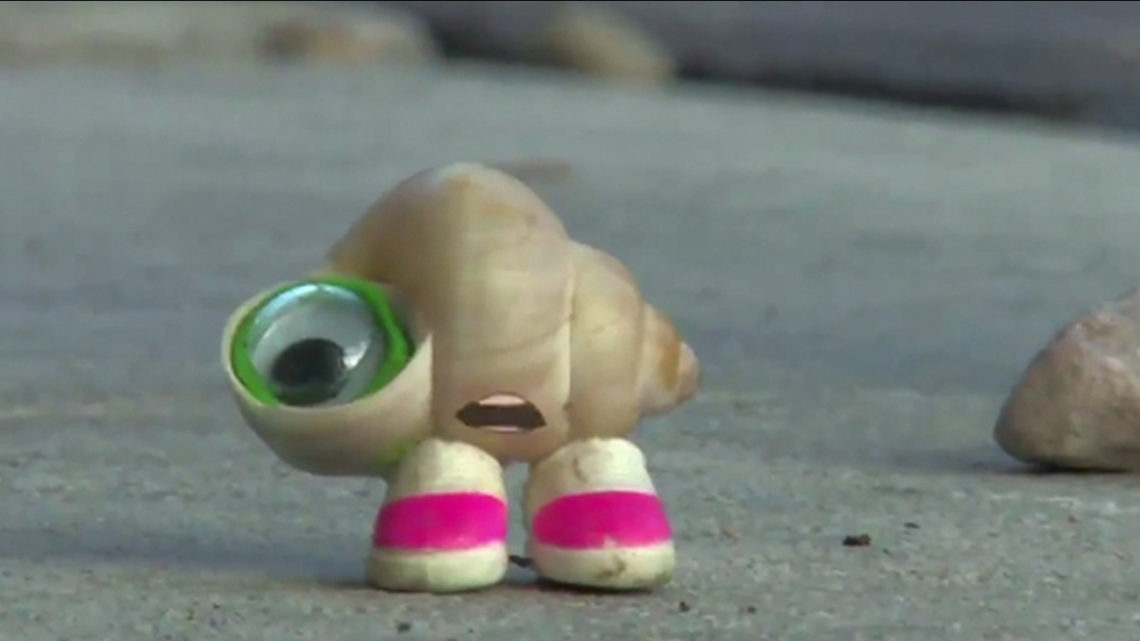 “Marcel the Shell with Shoes On“ is the feature film, expanded from the original short that took the Internet by storm directed by Dean Fleischer Camp and co-written by Jenny Slate of SNL. The film is sweet, lighthearted and charming. With cleverness and heart, it underscores a child’s perspective.

Marcel (Jenny Slate) is a young snail that lives quietly in an Airbnb with a host of human roommates and an older snail Connie (Isabella Rossellini), a grandmother figure for Marcel. A separated filmmaker (Dean Fleischer Camp) sees Marcel and he decides to make a film on the cute, self-deprecating snail. Marcel strangely misses his human family even though they fought violently and made Marcel run for cover under laundry.

The snail spends most of his time around the house commenting on things. The story is a kind of highbrow “Minions” with some funny asides and chuckles. Marcel does not judge life but he thinks everything to be quite funny.

He has the soft and round adorable qualities of a Pixar character but his opinions go deeper, or rather almost.

Isabella Rossellini is wonderful as the mischievous and sly Connie. Her voice has great pull and character and she is very matter of fact.

Marcel too is compelling for within the heart of this snail there is a precocious child. Marcel pontificates on everything he sees from war to living spaces.

Though the film is fun and quirky it loses some of the surprise of the original film with so much talk of 60 Minutes and Lesley Stahl.

The best parts of “Marcel the Shell” are the exchanges between Marcel and Connie. Their repartee is both comic and poignant. The two of them illustrate the eternal child within. Despite things becoming overly silly, if you close your eyes, you won’t see Marcel and Connie as two respected snails, but rather as real people with humanity and heart, and that is a genuine surprise.