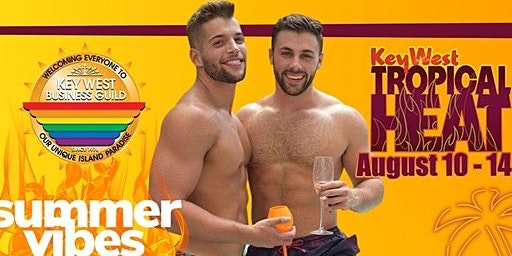 August 14th, 2022, is the next Drunken Drag Brunch at Mangoes! The show is monthly, and the August show will be an amazing experience with Emcee Charlize Angel, and special guests Rianna Petrone, Lisa Renee, and Alexia Cicconi. The show will be three hours, and tickets can be purchased on eventbrite.com. Be sure to get your tickets before they sell out!

There are a few drag venues here in Key West, but none of them do it quite like Mangoes. Go to Aqua, 801, or La Te Da, and expect a really fun show, but one that might not be unique in terms of content. Because Key West is such a tourist town, the shows at these places are usually tailored towards a touristy crowd, with the queens performing sets that they have down and are well versed in. At the Drunken Drag Brunch at Mangoes, because it only happens once a month, each show is always different. In addition, Emcee Charlize Angels books out of town guests every month, as he has connections to queens in all different places. Although they get a fair amount of tourist guests to their shows, locals have caught on to the fact that they can expect a completely different show every month at Mangoes, and for that Mangoes has a big local following.

When asked about the gist of what to expect during the monthly performance, Charlize Angels said, “We try to keep it pretty classy. It’s like your typical drag show, we do a lot of performances, some comedy numbers, some high energy dances, there’s some pretty flamboyant and outrageous costumes. I also like to do audience participation, so we can get everybody involved and give out prizes, celebrate birthdays or anniversaries, and really just acknowledge the audience and let them have their fun.” Mangoes welcomes everybody, regardless of age/sexuality, and participants that experience the show for the first time often report having an amazing time, and are pleasantly surprised. Charlize Angels says, “The part of the joy of doing this is we break those little taboos and the misinformation that people often have about drag shows. It’s nice to have people that are willing to have an open mind, and we are able to show them how much fun it actually is.”

Charlize Angels, as an experienced drag queen, has been asked numerous times about why he does what he does, to which he says, “I can’t speak for everyone, there is no black and white. There are all different shades of gray within the drag community, but for me I do it for the love of the art. I’m an entertainer and I enjoy putting smiles on peoples faces.” He goes on to detail his passion for the work he does, regardless of whether it can be a fulfilling career, as it is something that is fulfilling to the soul.

Make sure to buy tickets to the upcoming show! They sell out pretty quickly, and it is something you do not want to miss.