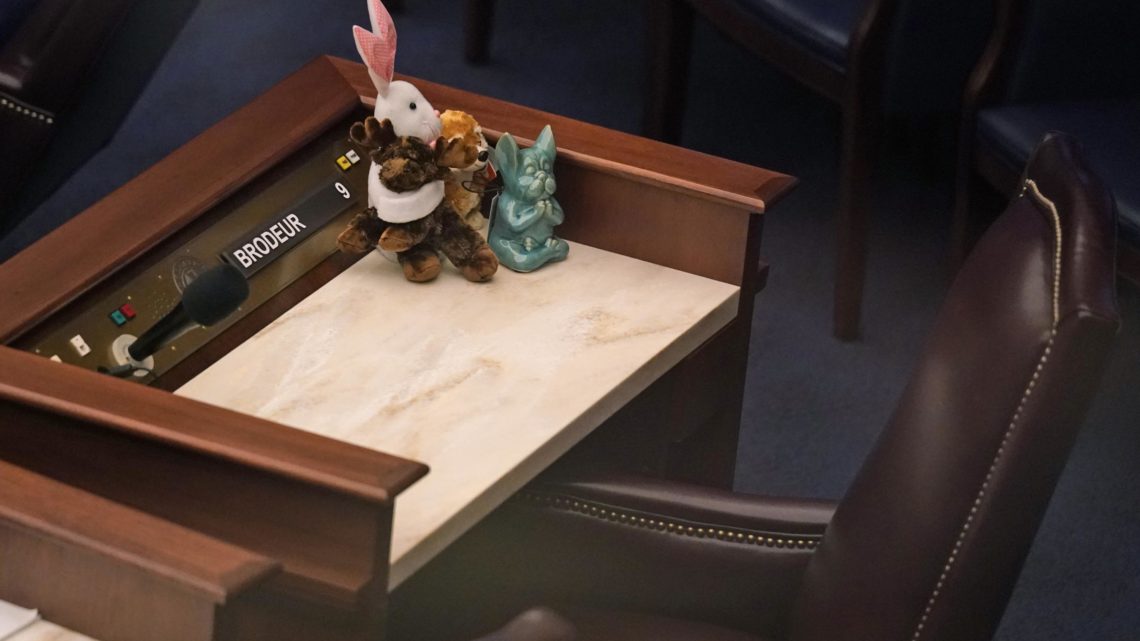 SANFORD, Fla. (AP) — Two political operatives and an independent candidate who opponents say hardly campaigned and only entered a state Senate race in central Florida in 2020 to siphon off votes from a Democrat were criminally charged on Tuesday.

Some candidates with no party affiliation “commonly referred to as ‘ghost’ candidates, have been used by political parties as a way to close elections or siphon off votes,” State Attorney Phil Archer, whose jurisdiction covers Seminole County, said in a statement. “While not illegal per se, many have questioned the ethics of the practice. However, when that candidate and the partisan political operatives involved violate election finance laws by illegally funding those races and filing false reports, it is the responsibility of government to act.”

The case was investigated by the Florida Department of Law Enforcement.

According to the FDLE, Iannotti illegally accepted a $1,200 cash donation from Foglesong for her campaign. Iannoitti and Foglesong falsely used the names of others as contributors in state campaign finance reports in order to skirt Florida laws on campaign contributions, the FDLE said in a news release.

Paris provided the name and address of one of the individuals Iannotti and Foglesong falsely used in their official campaign reporting, even though Paris knew the individual had not contributed to the campaign, according to the FDLE.

Paris works for the Seminole County Chamber of Commerce, which is led by Republican Sen. Jason Brodeur.

No online court records had been filed yet in Seminole County, so it wasn’t known if Iannotti, Paris and Foglesong had attorneys. No phone number was listed for Iannotti in campaign records filed with the state. Paris didn’t return a voicemail message left for him. Foglesong didn’t comment while turning himself in Tuesday at the Seminole County Jail.

Iannotti’s campaign, as well as those of two others in South Florida, have been the focus of scrutiny over concerns that they were “ghost” candidates solely in the race to siphon off votes from Democrats.

The three candidates were promoted by a pair of entities chaired by then-GOP political consultant Alex Alvarado, according to the Orlando Sentinel.

Alvarado has been notified by South Florida prosecutors that he is a target of their investigation, which has already led to the indictment of former lawmaker Frank Artiles, according to the Sentinel.

Artiles is accused of bribing another of the “ghost” candidates to run in South Florida’s Senate District 37.