Benkoczy Retires after 30 Years of Service 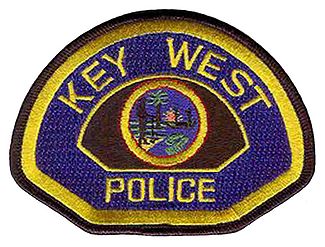 Benkoczy Retires after 30 Years of Service

“In recognition of his year of service,” announced Chief Brandenburg, “I will be promoting Lt. Benkoczy to the rank of Captain this Friday, April 5th at 10:30 at the Key West Police station.”

Lt. Benkoczy said he would miss his colleagues at the Department as well as the community in his role as a member of the department. 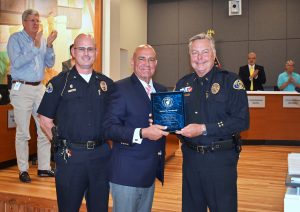 “When I graduated from Miami Dade Police Academy,” he said, “I was at the top of my class. Because of this, I was asked to read the Police Code of Ethics at the graduation. It seems only fitting that I end my career doing the same.”

And with that, he read the code by which he’s served these 30 years.

Lt. Benkoczy started work with the City as a code enforcement officer in 1990. Born and raised in Miami, he served in the United State Air Force, then moved to Key West in 1984. A decade later, he was sworn in as an officer with the Key West Police Department. He was promoted to Sergeant in 2000, and to Lieutenant in 2002. For the next several years, he had assignments as Division Commander, overseeing the Criminal Investigations, Professional Standards and Special Support Operations. He is retiring after serving for several years as Commander of Support Services.

Among his many commendations over the years, Lt. Benkoczy received the Key West Police Department’s Life Saving Award and the City Manager’s Extra Mile Award for his role in an operation that nabbed 51 drug dealers in 2004. He was an original member of the Key West Police Department’s Marine Unit as well as its underwater search and recovery team. He was one of the clearance divers on the Vandenberg sinking. He served as hostage negotiator with the Department as well as a Mounted Patrol Officer. He filled the vital role as the City’s liaison to the Monroe County Emergency Operations Center from 1998 for Hurricane Georges to 2017 for Hurricane Irma.

Lt. Benkoczy has earned two Distinguished Service Awards. The Community Foundation of the Florida Keys honored Lt. Benkoczy as one of the community’s Unsung Heroes and Volunteer of the Year. He has also received the Governor’s Veteran’s Service Award.

“Lt. Benkoczy has dedicated his career to serving not only the community but his fellow officers,” said Chief Brandenburg. “He was president of the Monroe County Police Benevolent Association for four years and presided over the Key West Police Department’s Love Fund since its inception in 2006 until 2012.”