By Ian Brockway
Variety is the order of the day at this years Key West Film Festival with as many diverse characters as there are far flung locations.

First,  Jeffrey Schwarz’s “I Am Divine” was shown together with stand up routines by the famed cinematic barista of bad taste John Waters who proved to be just as surrealistic and slimy-sweet as ever. John Waters is a organic auteur of scandal and emotion, a glib and witty maestro with an Oscar Wilde touch. Waters is a rare thing running directly from the well of William Castle who stands alone in today’s age of empty sensation and CGI. Monsters and creatures from space are not his bag. Waters is concerned with eccentricity, individuality and the courage it takes to shock and be offensive.

Jeffrey Schwarz’s documentary is about the comedian Divine (Harris Glenn Milstead) and his progression from shocking underground comic actor to mainstream success story until his untimely death (some say due to heart problems from his excess weight and binge eating). The documentary is affectionate, comprehensive and bittersweet. As a whole, it makes a fitting tribute to a wonderful charismatic and privately churning person, gone all too soon. The film is irreverent and sweetly subversive in all the right places. As Divine’s mother says proudly, “my son loved his cake.” How could you not love that line!

This is a singular documentary that highlights Divine’s life with character and grace. Fittingly, the story shines like silver tinsel on an artificial Christmas Tree.

Next, “Sal” directed by actor James Franco, is an existential study on a day in the life of Sal Mineo who achieved absolute fame and cult status with “A Rebel Without a Cause” and “Exodus”. Sal is a notoriously misunderstood Hollywood star who worked for total authenticity and heart in his roles. Because of his openness about being gay coupled by his murder, delivered by a gory stabbing, Mineo was thought to be a seedy and perverse man. In reality, nothing could be further from the truth. “Sal” reveals Mineo as is: optimistic, warm, energetic and a bit naive about The System, jaded and bent to wear him down. Actor Val Lauren gives a poignant and facially detailed performance of this kind man and Franco’s camera is unflinchingly closeup, hyper-intense and almost Warholesque in showing the day to day details of the man haunted by his shade of a once cute boy, the heart throb in Technicolor.

Interestingly, the actor Val Lauren also appears in Travis Mathews’ episodic “Interior. Leather Bar” (co-directed by Franco), an experimental film using the so called “lost” footage of William Friedkin’s  “Cruisin'” as a beginning. Rather than a story, the film is a sociological study of just what makes moviegoers feel uncomfortable about watching gay couples onscreen. The film retains a definite Warhol screen-test flavor. The camera follows Lauren like an obsessed fan and the actor goes through considerable awkwardness and discomfort as he considers various intimacies of porn. The highlight of this Mapplethorpic poster film in miniature is Lauren’s goggle-eyed gasp of astonishment with a tincture of fear as he watches such slurping and sucking. The real trick of the film is that it makes the bondage of sex not all that shocking while Matthews’ cruisin camera appears nostalgic and almost quaint. Aside from Lauren’s laughable dancing (a deliberate statement of uneasiness in itself), the film makes for heady stuff.

If a 1970s leather bar is not your scene, there was some kitsch and horror to be found in “Escape from Tomorrow” about demons in Disneyworld. Director Randy Moore has a crisply compelling black & white vision and his scenes of forced happiness and cheer echo a David  Lynch pin of Lars von Trier. But by midway, the striking eeriness that seems so refreshing goes south into a “Westworld” of “Soylent Green” and we find ourselves in pedestrian territory. The glaring scenes of forced good nature are creepy enough and they would make Diane Arbus proud. Why the need for black eyed demons, blood and androids? The sight of tourists funneled in as zombies to the Happiest Place on Earth is enough.

There are two fine documentaries also. “Let the Fire Burn” focuses on the racially charged Move fire in West Philadelphia during 1985. The tragedy was an inexcusable fiasco and 600 neighborhood homes were scorched and lost. As disturbing as this film is, it is necessary and relevant through the awareness it produces upon us—lest we forget.

“El Yaque, Pueblo de Campeones” by Javier Chuecos is a stirring and heartfelt study on the sport of windsurfing that focuses on four masters: Cheo, Campello, Yoli and Gollito. The film is especially adept at illustrating the drive to succeed combined with the ritual of faith in the country of Venezuela, despite the fact that the nation gives pitiful support to these star athletes.

If you crave more mainstream fare Matt Dillion has a solid outing in “Sunlight Jr.” playing a five-o-clock shadowed man in a wheelchair who tries to keep his male equilibrium intact despite a some dingy horizons as a hopeful father on Medicaid.

Less strong, yet with some artful flairs is the Wonderland-is “The Truth about Emanuelle”. Part David Lynch with a bit of the cult film “Heathers” thrown in, this suburban cobbler of the macabre is all over the place and fades into kitsch pretty fast with a creepy plastic doll that (yes indeed) changes expression. Although Jennifer Biel is no method actor, the Stepford Wife art direction does evoke some campy, if anemic chills.

And with some favorites like Paul Haggis Mariel Hemingway  and Terry George appearing, this festival is nothing short of a psychological yet ultimately visual voyage, highlighting the educational and epic power of film to change our assumptions and enrich our human scope.

Previous post WERE LEE HARVEY OSWALD AND JACK RUBY TOGETHER IN KEY WEST? 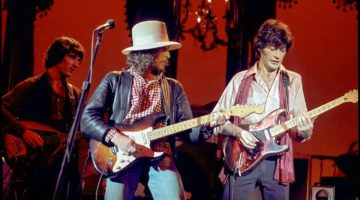 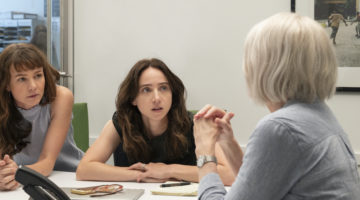 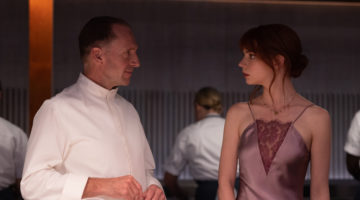