Tropic Sprockets / The Banshees of Inisherin 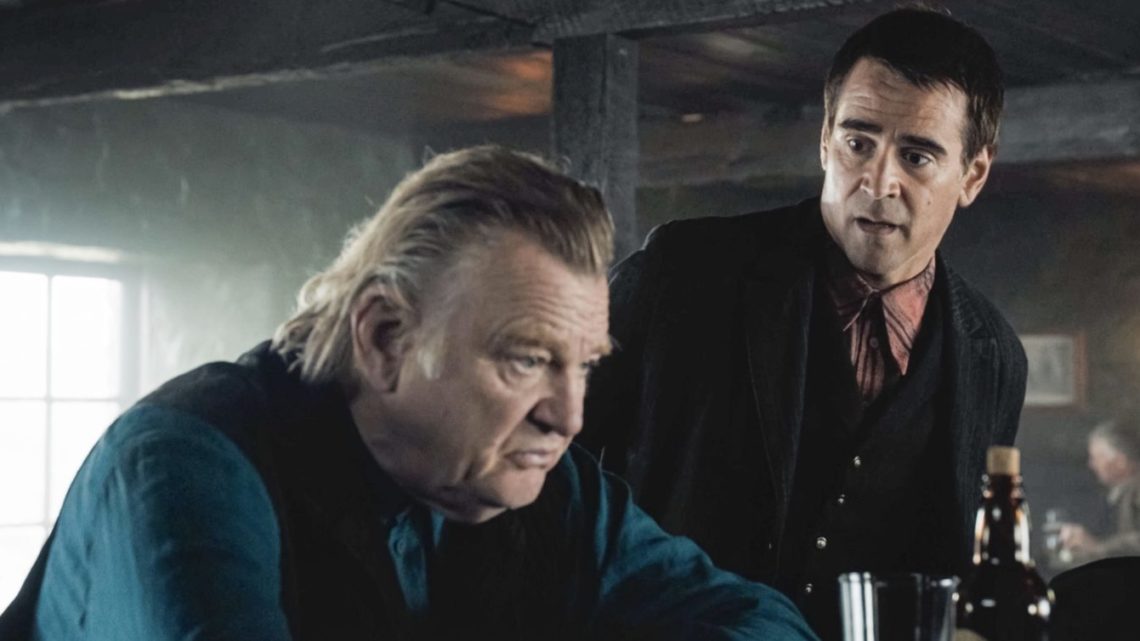 Tropic Sprockets / The Banshees of Inisherin

From the black humor maestro Martin McDonagh (Seven Psychopaths), “The Banshees of Inisherin” fully showcases the auteur’s gallows humor to great effect. From the first frame to the last, the film is spare, engaging and rhythmic, focusing on the cosmic circumstance of friendship, stubbornness and the nature of revenge. Touching on the supernatural and the potency of emotion, it is one of Mcdonagh’s finest works and arguably, the year’s best film. [Now at the Tropic. For showtimes and a trailer go to Tropiccinema.com.]

During the Irish Civil War, Padraic (Colin Farrell) is best friends with folk musician Colm (Brendan Gleeson). The two are usually joined at the hip. One day without warning, the saturnine Colm refuses to meet him at the pub for the first time. Colm eventually consents but chooses to sit outside in solitude. Padraic’s questions are unanswered, vanishing into space. Padraic is flabbergasted, yet he refuses to erase his invariable smile.

The next day, Padraic notices that the previous day was April 1. He sighs in relief.

Padraic manages to sit down with his friend and ferret out the reason for the adamant snub. Colm flatly says that Padraic did nothing at all wrong but that he is a dull man and the friendship is now over. Padraic is blindsided. One sees him go pale.

Padraic tries his best to shy from his friend but he cannot. A day passes.

Colm further explains that as a serious musician he requires discipline and cannot bear his friend’s meaningless chatter about his pet donkey. The two have nothing in common.

Padraic crumples before the eyes, and his eyebrows fall like parentheses of sadness and loss.

At home, Padraic’s sister Siobhan (Kerry Condon) reads him the riot act. Events happen so suddenly that it seems something diabolical is to blame.

Brendan Gleeson and Colin Farrell spar like a sardonic “Abbott & Costello” and the conflict is pure electricity. As the pair demonstrated in the film “In Bruges” they are just as harmonious as actors here and they make perfect “frenemies.”

A Gothic sensibility is frequently present in Mcdonagh’s work and it is evident here at the sight of some blood-sopping appendages. There is a hint of Shakespeare as well with the appearance of a witchy crone (Sheila Flitton).

Every frame means something and no image is superfluous or wasted. Colm’s house is surrounded by masks which points to the fact that he wants to be more theatrical than he is as a person. Padraic feels confined by the rocky island landscape and the claustrophobia produced recalls Roman Polanski’s “Cul de-sac” (1966). The landscape green gray and unforgiving. At the pub, Colm is reduced to chopping at the air, using his violin as a hammer in a feeble attempt at music of the spheres. In one scene, a goat stares giving the audience a gimlet eye, suggesting Satan is orchestrating social events or at least birthing something troublesome deep within.

There is subtlety as well as sensation in this story, a genuine study on the magic of friendship and its fragility. Perhaps all of our alliances and our discords are subject to fickle influences without any consistency.

Colm and Padraic are no Halloween spooks but real people with heart and hurt. Once again, soulfulness snuggles beside the sinister in much the same way that Padraic snuggles with his cows.

Martin McDonagh entertains as much as he compels and he has never been better.