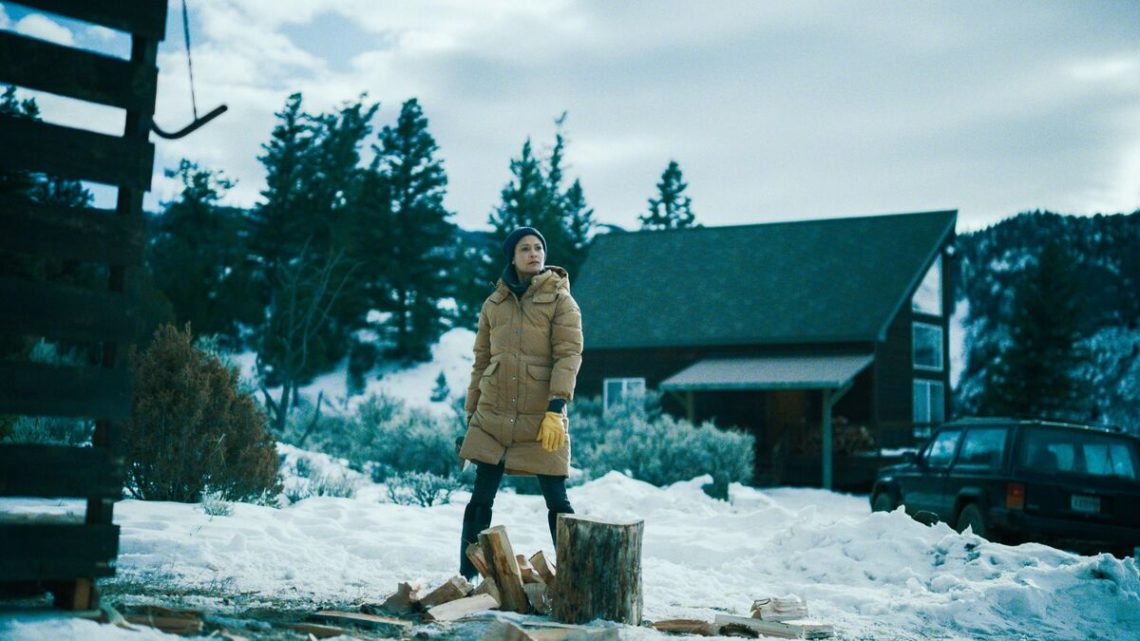 Reminiscent of Sam Pekinpah’s “Straw Dogs” (1971), and based on a story by James Lee Burke, “God’s Country” from director Julian Higgins (now playing at the Tropic) is a xenophobic suspense tale. Though the theme of racism and violence has been frequently filmed, the apprehension and pathos within is satisfying and engrossing, thanks to a fine outing from the lead actor.

Thandiwe Newton is Sandra Guidry, a professor who is now in rural Montana, grieving from her mother’s death. One day, she notices a red pickup truck on her property. Sandra who values her privacy, is affronted. The next day, the red truck reappears. Sandra sees the driver Nathan (Joris Jarsky) and approaches him. Nathan says he doesn’t really intend to stop parking in her lot, since the alternative is 15 miles away. Nathan drives off hostile and silent.

The next morning Sandra tows the truck. She is alarmed by a harsh percussion. A sharp arrow strikes her door.

The sheriff (Jeremy Bobb) says his hands are tied because of the dynamics of country living and there is no absolute way to keep Sandra safe.

Sandra leaves with the Sheriff to confront Nathan and his eerie brother Samuel (Jefferson White) and a tense standoff occurs with little resolved.

Then Sandra sees Nathan and Samuel back from a gory hunting trip involving the killing of a young deer.

Things only get worse.

Though the events are somewhat predictable: the residents here are violent, racist and piggish, it is Thandiwe Newton that magnetizes the drama. Her aghast horrified expressions as she witnesses the smug smirking residents at a Christmas party or a bar, speaks volumes.

There is a small attempt at harmony at a church meeting when Sandra sees Nathan by chance. Both their parents are church organists, but sadly friendship and common ground proves too much. Nathan sneers.

Sandra is the liberal professor (and an ex-cop) who advocates for racial diversity and equal treatment among faculty. The Dean dismisses her.

Though the treatment of the ignorant, ugly and course residents is simplistic, Sandra’s trauma from the police force and Katrina is raw and authentic and her revenge impulses feel more rounded than Charles Bronson in “Death Wish.” One can feel Sandra’s trauma. Her stricken face says it all.

The most disquieting thing is that although Sandra has no choice but to take action in her own hands, the concepts of understanding, compassion and closure, remain as far-away as islands.

Previous post KEY WEST LOU / GUY ON THE BEACH…..BOAT ON THE ROCKS