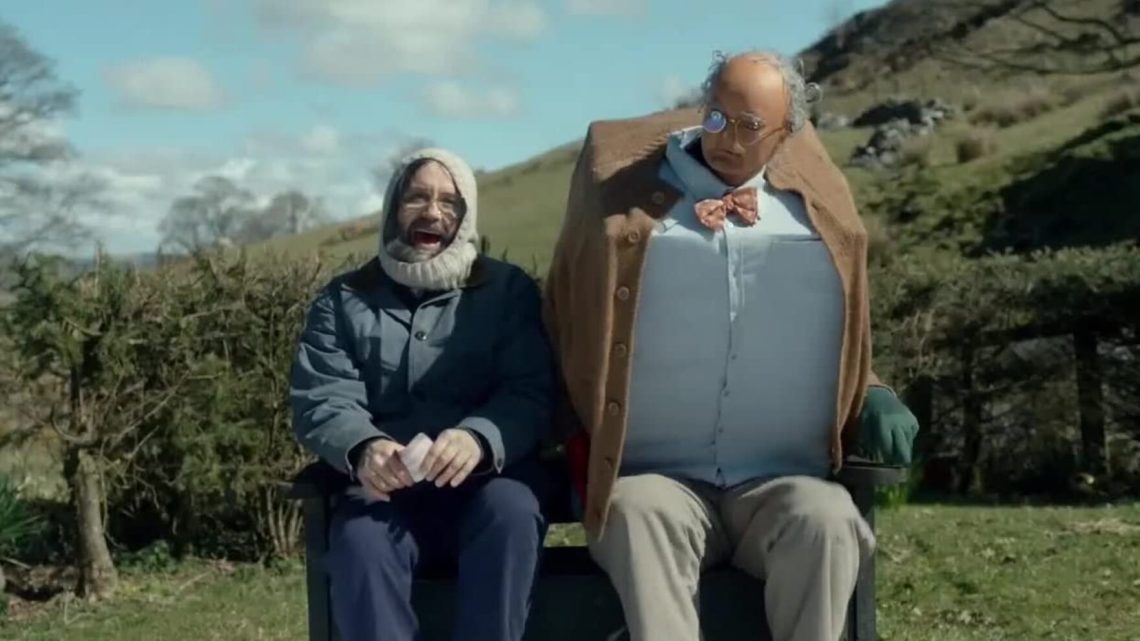 In the quirky mockumentary vein of “This Is Spinal Tap” and the UK version of The Office, Jim Archer directs “Brian and Charles,” based on a previous short of the same name.

Brian (Screenwriter David Earl) is a solitary Welsh inventor who eats only cabbage and lives with a rat. He is not really all that lonely. He has one room of metal odds and ends and his mind is always busy. Brian is a hoarder. He laughs at his own jokes that are not all that funny, but this is in turn what makes Brian so humorous.

On his visits to the grocery he sees an acquaintance Hazel (Louise Brealey) who lives with her mom and her parrot. Hazel makes Brian nervous. There is not much to say.

One day, Brian gets the idea to make a robot. He works for three days with the head of a mannequin and the body of a washing machine. Excited, Brian flips the robot’s power switch three times. No response.

Despondent, he retreats to the kitchen.

On a trip into town, he finds himself in the midst of a torrential rain. Returning home, he discovers the tall boxy robot eating cabbage. Brian is speechless. He tries out several names for the machine to no avail. The creation selects the name of Charles.

Comedy ensues regarding Brian attempting to hide Charles from the town residents and Charles dancing, surprisingly limber despite his large physique.

The film succeeds in highlighting the melancholy poetry in David Earl’s face. His eyes and the longing within them speak volumes.

The film in some ways is a meditation about being a parent. Charles grows curious of the outside world and wants to go to Hawaii. Like a teenager, Charles begins to rebel against Brian.

Brian becomes more confident because of his invention and begins to date Hazel.

While some of the sight gags of the film get silly (when Charles dons a grass skirt) there is heart here, especially when David Earl gives full rein to his emotions.

There is an angry barrel chested bully (Jamie Michie) who acts like Bluto in Popeye.

This is a kind of fairytale: lighthearted, fun and easy on the eyes, possessing a cartoonish whimsy. While the climax involving a showdown against bullying is far from original, the dry comic moments of “Brian and Charles” will sneak up on you in spite of its silliness.