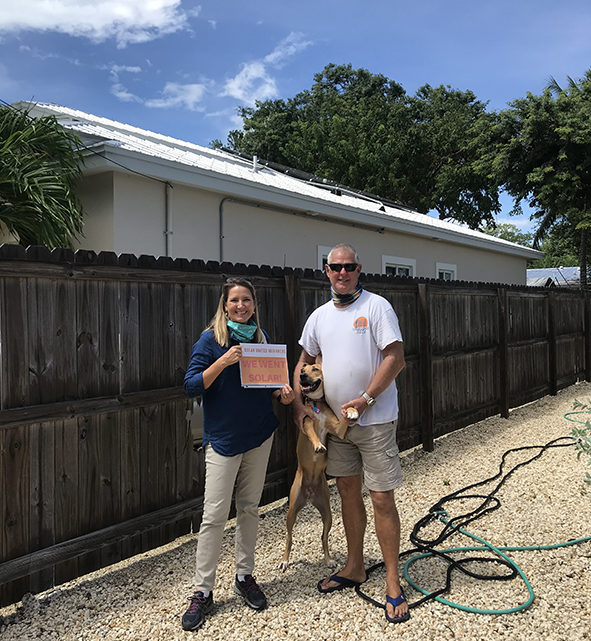 “The Keys are known for beautiful sunrises and sunsets, and we’re thrilled to help more of its residents harness that sunshine to save on their electric bills,” said Laura Tellez, South Florida program coordinator for SUN. “On top of the cost savings, we’re building an electricity system that’s cleaner, fairer, and shares its benefits more broadly—one roof at a time!”

The co-op is free to join and open to homeowners and business owners in the Florida Keys. Together, co-op members will learn about solar energy and leverage their numbers to ensure competitive pricing and quality solar installations.

Partnering on the co-op are the CLEO Institute and the City of Layton. “As Mayor of Layton, I am proud of our City Council’s decision to support SUN’s Florida Keys Solar Co-op, a great and affordable option for our homeowners making energy decisions,” said City of Layton Mayor Bruce Halle.

After a competitive bidding process facilitated by SUN, co-op members will select a single solar company to complete the installations. Joining the co-op does not obligate members to purchase solar. Instead, members will have the option to individually purchase panels and electric vehicle chargers based on the installer’s group rate.

This is SUN’s second solar co-op in the Keys. Homeowner Jill Kuehnert was one of the first members of the 2018 co-op to install her system. “When we moved to Key Largo in 2017, we loved everything about it — except the electric bills that first summer!” Kuehnert said. “We jumped at the chance to learn more about solar through the co-op. And our system has been a trouble-free and money-saving asset on our home ever since.”

SUN has hosted 58 solar co-ops in Florida since 2015, including five others that are currently open. According to the group’s estimates, the 1,753 homes and businesses that now have solar panels because of co-ops represent: 17 thousand kW of solar power, $37.8 million in local solar spending, and more than 565 million lbs. of lifetime carbon offsets.

SUN will host several free informational webinars to educate community members about solar energy and the co-op. Individuals interested in going solar can sign up for the co-op or one of the upcoming information sessions at www.solarunitedneighbors.org/keys.

Free informational webinars are planned for: