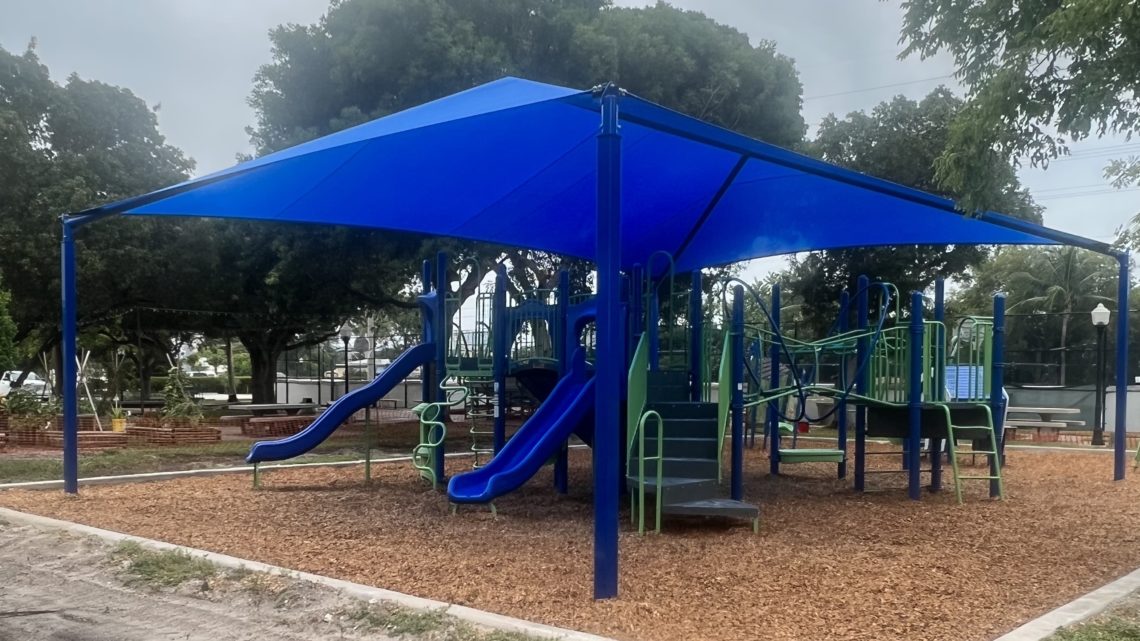 On Tuesday, August 9th, at 5 pm, the grand opening for the playground at Marathon Community Park was celebrated by the community, the Mayor, the City Manager, and City Council Members. There was a ribbon cutting ceremony which was open to the public, and attendees enjoyed popcorn and snowcones while eyeing the brand new structure. Paul Davis, Director of Parks and Recreation in Marathon, explains that the renovation of the playground has been long overdue, as it has been around for at least 15 years, maybe longer, and it was outdated, and considered dangerous.

The new structures are vibrant and exciting, made of plastic and metal, and are more up to date as far as the materials go. The best part? The playground is under shade! Playground go-ers and parents alike can experience relief from the beating sun while they play and watch, and it won’t be a site of overheating, which could potentially lead to serious danger.

The Marathon Rotary Park has also been undergoing some serious changes, and the grand opening is scheduled for August 20th, at 10 am. Prior to renovation, the Rotary structures were wooden, and over time, due to hurricanes and flooding, it began to deteriorate and became dangerous. Davis says that the City Council approved the money to build a playground, and because the original structure was community built, they tried to do it again, but of course, things looked way different 20 years ago when the original structure was built, so it wasn’t as easy to get volunteers.

The build began on June 20th, and the conclusion is to be August 20th, two months later. Davis says, “A lot of the community helped us out with the project after we got the ball rolling. It is a colossal playground area, and we opened up a pavilion in the back so that more people can come, and more families can enjoy all of the grounds.” He goes on to say that while they were working on it, they just kept seeing more and more opportunities to add to the grounds.

The Rotary Park is about three times bigger than the Marathon Community Park, and because of this, the grand opening will recognize people throughout the community and pay tribute to all of the hands that helped bring the park to life. Marathon is about to experience two new lovely playgrounds that were needed for the community for the kids, and Davis notes that this is just the beginning. He mentions that they are planning on updating their basketball and tennis court, as well as the skate park. Pretty exciting stuff!

Pictured is the beautiful new Playground at Marathon Community Park.