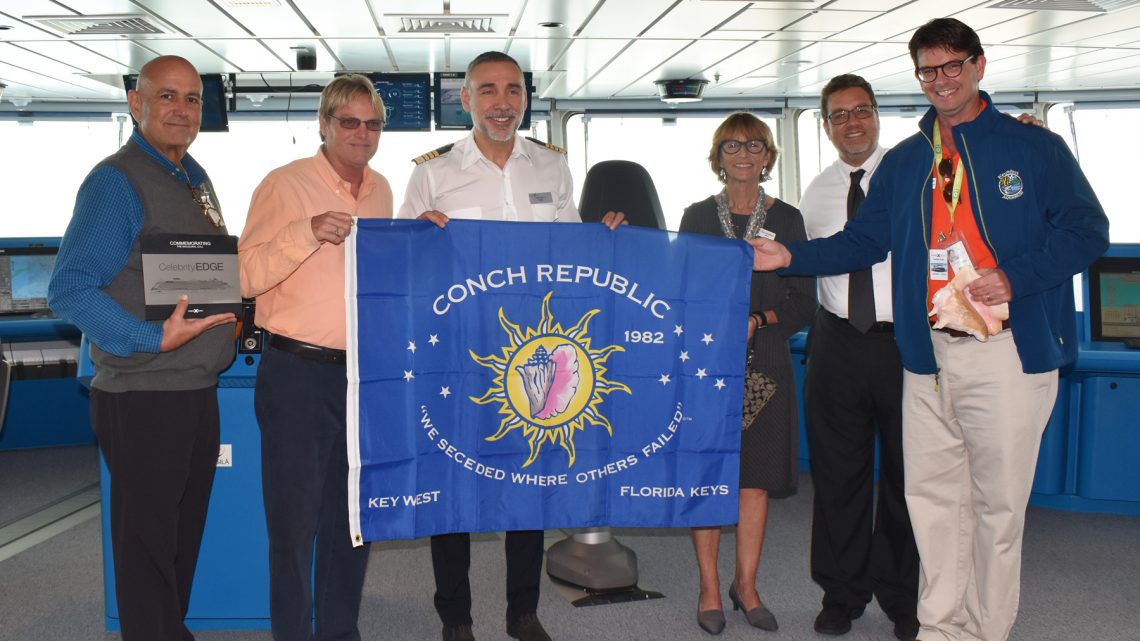 In a long-standing tradition, the City of Key West welcomed a new cruise ship to port with an exchange of plaques. On Monday, City officials, the Navy and the Chamber of Commerce welcomed Celebrity Cruise Line’s new Edge to its new port of call.

The new luxury class ship embarked on its maiden voyage in December. Captain Dimitrios Kafetzis welcomed the local representatives on the expansive ship’s bridge with its breathtaking view of Key West from 13 stories high.