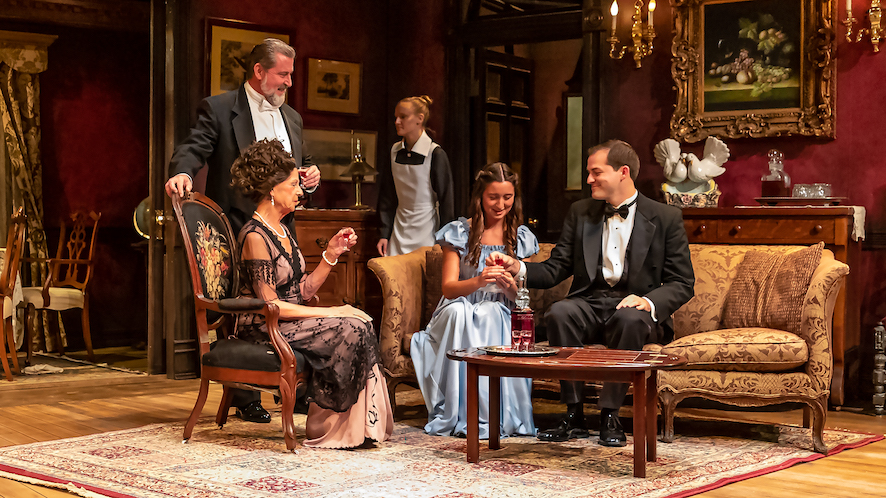 This Tuesday through Saturday, January 24 through 28, will mark the final week for one of the classics of mid-20th century English theatre JB Priestley’s An Inspector Calls. For information and ticket purchases visit www.waterfrontplayhouse.org or call 305-294-5015.

Taking place on a single night in 1912, the play focusses on the prosperous upper middle-class Birling family, who is visited by a man calling himself Inspector Goole who questions the family about the suicide of a young working-class woman in her mid-twenties.

An Inspector Calls is directed by Patrick New, who last directed Sex with Strangers at the Waterfront. Design is by Michael Boyer, lighting design by Chris Hodge, and Andrew Theede is serving as production stage manager.