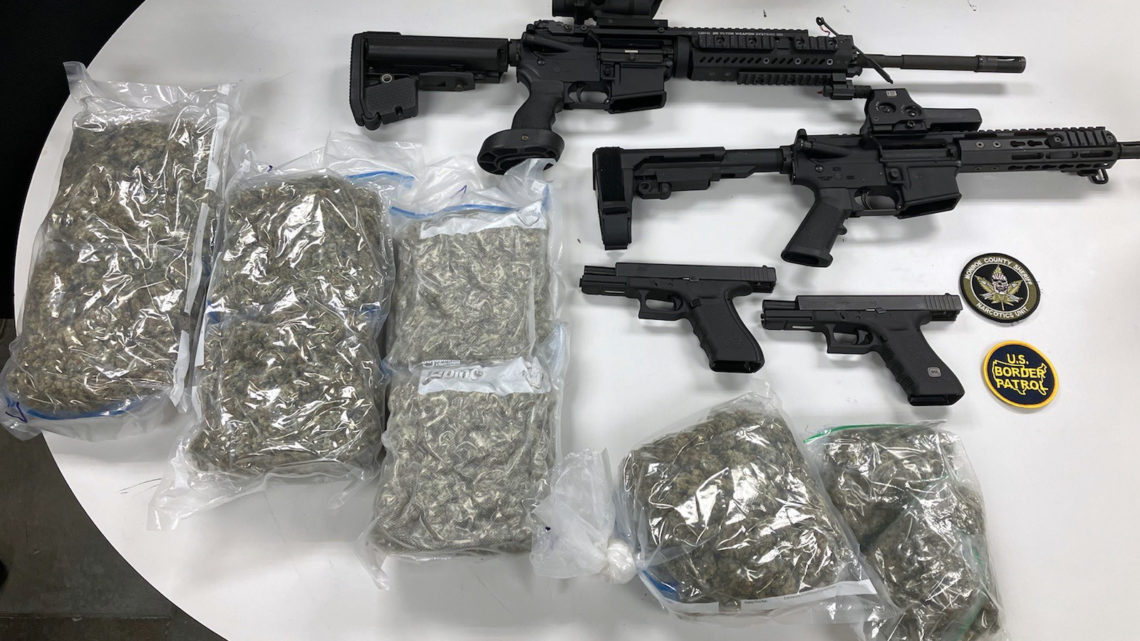 Two men were arrested following a search warrant Thursday at a Key Largo residence after Detectives and Deputies found more than four pounds of marijuana, guns, and other drugs.

Anthony Kevin Ibanez, 21, of Miami, and Jesse Lee Perrine, 31, of Key Largo, were charged with multiple possession of marijuana and cocaine charges as well as possession of an undersized lobster found in the kitchen refrigerator.

Sheriff’s Office Special Operations Unit Detectives, the SWAT Team and members of the U.S. Border Patrol searched the residence on the 800 block of Largo Road at approximately 6:45 p.m.

The following was found at the property:

Both men were taken to jail.

A 20-year-old Hallandale Beach, Florida man was arrested Saturday after fleeing from Deputies on U.S. 1.

Elmer Mauricio Nunez was charged with fleeing and eluding, possession of drug paraphernalia, operating a motor vehicle with a suspended license and resisting arrest.

Nunez was driving a Hyundai Elantra northbound on U.S. 1 near 29th Street in Marathon at approximately 11:23 p.m. The car was traveling 96 mph in a 35 mph zone. Nunez did not stop for a Deputy and increased his speed to more than 100 mph while weaving around traffic, nearly causing multiple crashes.

The Sheriff’s Office lost visual of the car and terminated the pursuit, but the same car was spotted approximately 30 minutes later and this time was traveling too slow and impeding traffic near Mile Marker 58.

The car stopped this time. There were two people in the car. Nunez admitted he was scared and to fleeing earlier.

Nunez was taken to jail. The other person was not arrested.