Tropic Sprockets / They Shall Not Grow Old 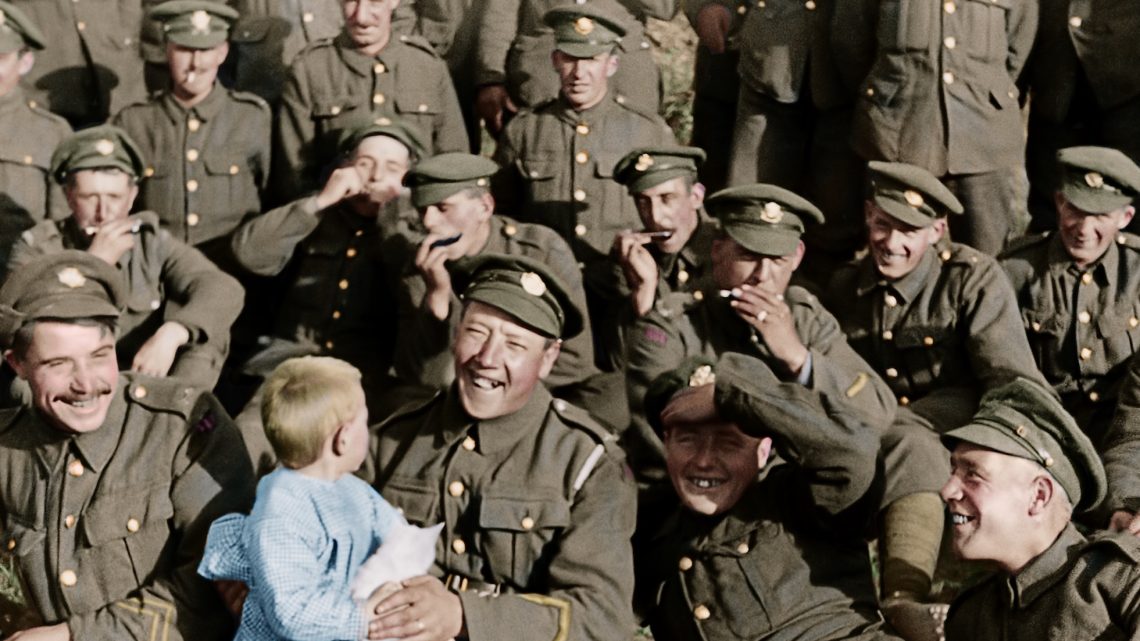 Tropic Sprockets / They Shall Not Grow Old

They Shall Not Grow Old

Peter Jackson (The Lord of the Rings) has taken over 100 hours of WWI documentary footage and composed it into a feature length film. The result is an artistic work, a meditation, a tribute to British soldiers and a poem detailing the military’s effect on the human spirit.

It is both poignant and jarring.

Here we see men walk by the hundreds. They are on their way to war. Often they are not fighting, but instead talking, laughing and grinning, sometimes looking blank in front of the camera. It becomes clear that they don’t know what to make of the alien device, as it would have been unsettling new technology. 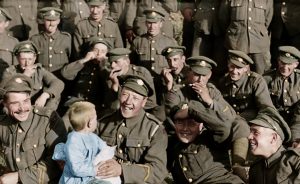 These are jovial men horsing about on break or making tea, even going to the bathroom and relieving themselves sitting on poles. The director leaves nothing out and the effect is overwhelming. Jackson has slowed down the speed of the film so that these soldiers walk in real time with newly infused color on their cheeks.

These young boys become familiar to us: our next store neighbor, our friend. Startlingly it doesn’t feel 1915, but rather 2019.

In voiceover we hear from the actual veterans who served. Most say that to not enlist was unthinkable.

There was a job to do and you did it. Non-compliance was not an option. A good many lied about their age.

Several say they had fun in the early years. A few thought of it as a game and say they have became hardened.

There are piles and piles of rats that crawl over bodies and nibble on dead flesh. Men rise the next day to talk, shave, shoot and sleep in ground hovels, wherever there is space.

Over 700, 000 British soldiers died in WWI. Those who survived felt lost, unwanted with few civilians engaged or interested. Most searched for jobs in vain. The men were treated like space travelers from another time. The civilians had no reference point for wartime, hardship on the front or battle injury.

“They Shall Not Grow Old” is a milestone tribute and a reckoning with the director’s own grandfather who served.

As an art project it is completely immersive and at times, numbing. In watching, I was concussed by the shelling, confronted and terrified by the rats and pulled in by the mud. The men marched by in deliberation. Most were not smiling at the end, walking by rote.

For several seconds, as I rolled out of the theater, I was like one shell-shocked. I could not make sense of the Starbucks logo just around the corner.

“They Shall Not Grow Old” is neither pro-war or anti, it is simply a fragment of history and it stays with you.