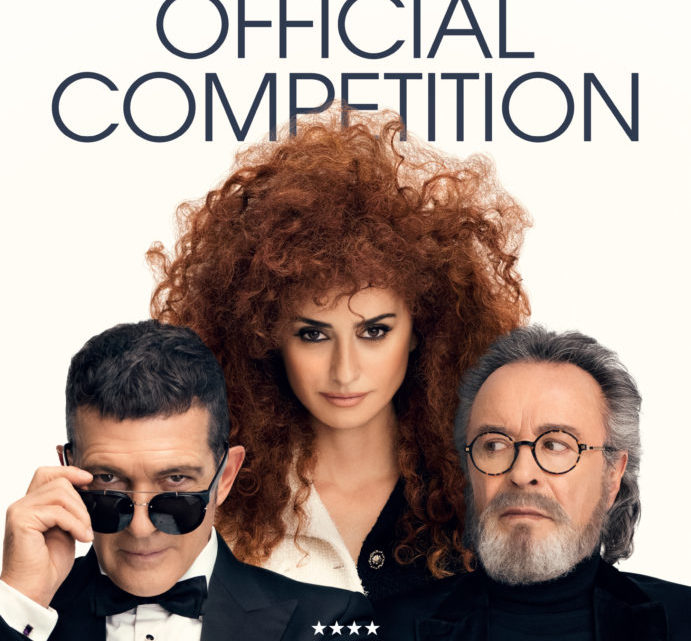 Gaston Dupratt and Mariano Cohn have crafted a satire aimed at Hollywood. Though quite dark, it is laser-focused and holds you in. Mainly character driven, this quirky narrative has manic tones in the mode of Pedro Almodóvar.

Felix (Antonio Banderas) and Ivan (Oscar Martinez) are two actors working on a film. Ivan is dedicated and cares nothing for fame and glamour, while Felix loves his popularity and is a ladies’ man. The producer (José Luis Gomez) hires Lola (Penelope Cruz), a most provocative director.

The showy Felix wants a blockbuster film. Monk-like Ivan merely wants to execute sincerity. There is no love lost between the two, but Felix starts to understand the professional discipline of Ivan.

Since the film they are working on concerns the rivalry of two brothers, Lola increases the tension by insisting they recite lines over and over, dozens of times, while being overly strict. She also orders a huge boulder to be suspended up over their heads to saturate the rehearsal with claustrophobia and danger.

To deflect attention from the serious Ivan, Felix makes a pass at Lola with little results. Resentment builds.

One day Felix drops a personal bombshell: he has pancreatic cancer. Lola and Ivan are devastated. The next day, the actor snickers, nonchalantly saying that he lied about the entire cancer diagnosis. The working atmosphere is now poisoned.

The biting dialogue is comical and compelling, building frustration and bruising fragile egos. While you might not see the surprise ending coming, revenge gives way to a thoughtful commentary on the Hollywood mindset. Money pervades everything, a green pestilence, ubiquitous and ever present.