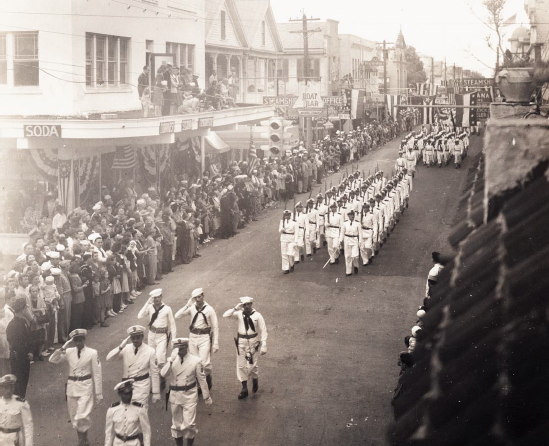 Key West greeted the news the war had ended by throngs parading on Duval Street. The Navy Yard announced the news with 10 long blast on the siren and all the ships in the harbor sounded their whistles. As had been planned all bar and clubs in the city and on the bases were closed.