Lt. David Smith was promoted to the rank of Captain over District 1, which covers the Lower Keys from the south end of the Seven Mile Bridge to Key West.

Joining Capt. Smith was newly promoted Lt. Lissette Quintero, who will serve as second-in-command for District 1.

District 1 Lt. Tom Walker was promoted to Captain. Capt. Walker will retire at the end of October.

“I’m excited to announce these promotions as both Capt. Smith and Lt. Quintero have shown their commitment to this community and this agency,” said Sheriff Rick Ramsay. “I would like to thank Capt. Walker and wish him well in his retirement following his 19 years of service to the people of Monroe County.” 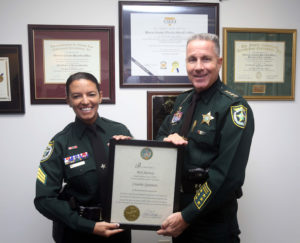 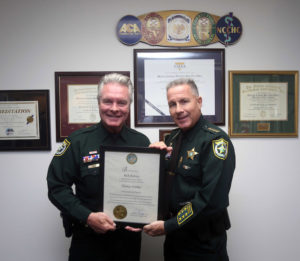