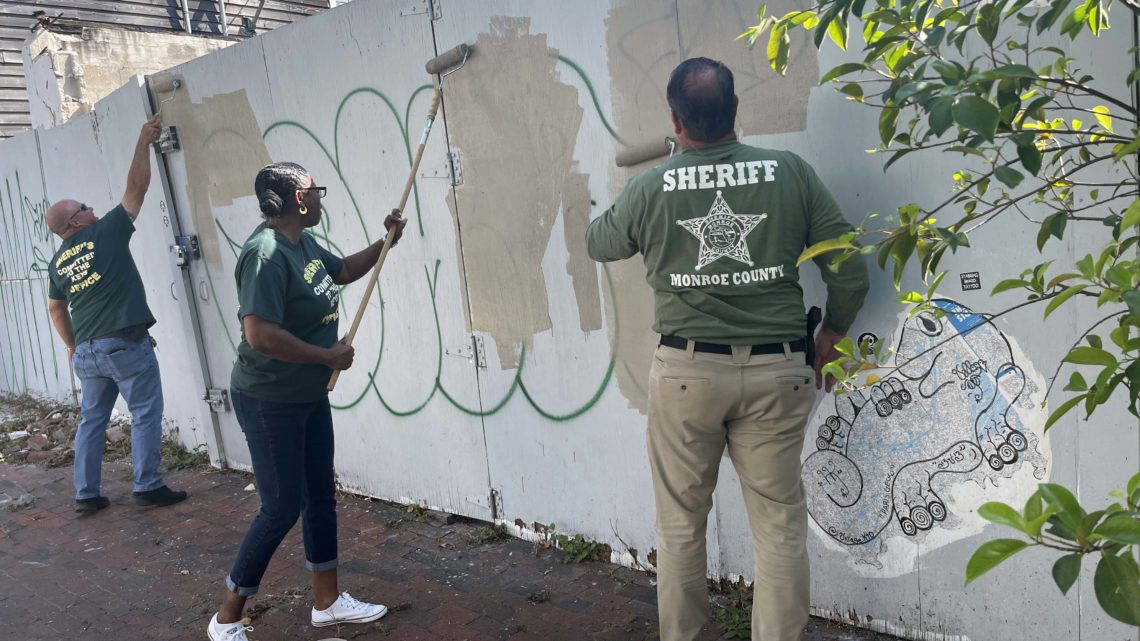 — painted over similar graffiti at the same spot on the 700 block of Duval Street approximately a year ago. When they saw it returned, they jumped into action.

“I was happy to hear this great group was back at it, cleaning up this same location and I know they received a lot of thank-yous and positive comments from the community,” said Sheriff Rick Ramsay. “Our Sheriff’s Office clean-ups and graffiti removal efforts are a big part of my philosophy that cleaner, safer streets means cleaner, safer neighborhoods.”

The Sheriff’s Office covers graffiti found throughout the county with paint provided by Waste Management that would normally end up in landfills.