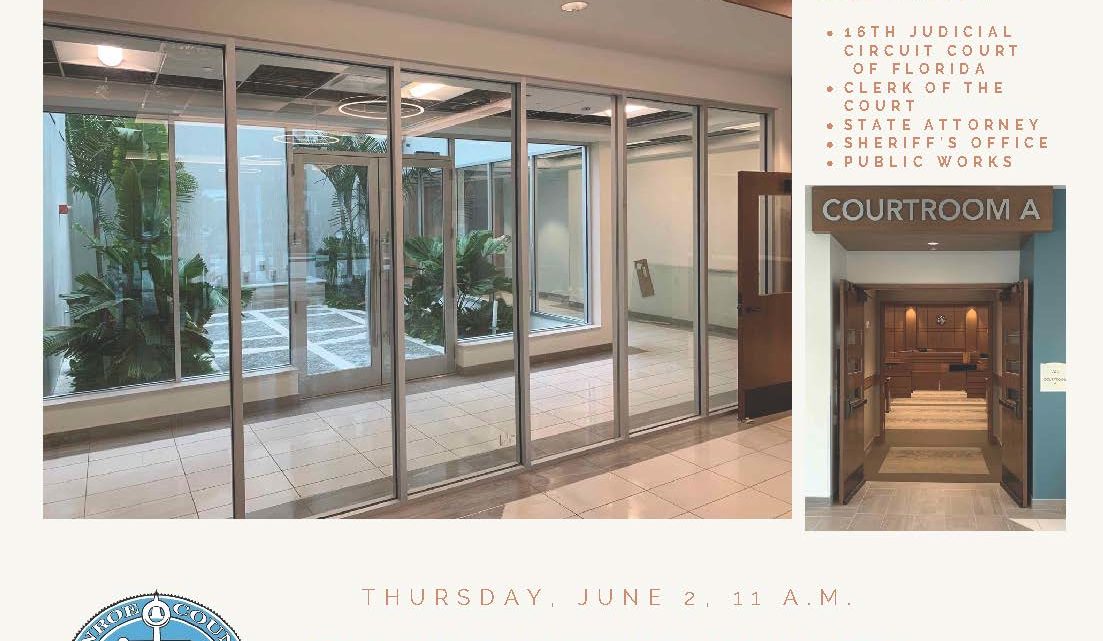 PLANTATION KEY, FL – The Monroe County Board of County Commissioners, the 16th Judicial Circuit Court, the Monroe County Sheriff’s Office, and Monroe County’s Constitutional Officers invite the public to the grand opening and ribbon-cutting ceremony for the new Plantation Key Courthouse and Government Facility. The ceremony is Thursday, June 2, starting at 11 a.m. Following the ceremony, anyone who wishes to tour the inside of the judicial building, which includes seven Art in Public Places pieces, can until 1 p.m. (must go through security). Centennial Bank will be serving hot dogs and hamburgers to those in attendance. The Monore County Sheriff’s Office Honor Guard will present the colors, and the Upper Keys Community Key Largo Community Band and The Mangrove Swamp Band will play patriotic songs at the event.

The project consolidates the existing functions on the site into a new state-of-the-art 48,240 square foot facility that includes:

According to Upper Keys historian Jerry Wilkinson, the original building, the sheriff’s substation, was built in 1958 with additions, like the courthouse and other government offices, dedicated in 1967.

“This is a beautiful upgrade to our community that has been a long time in the making,” said Monroe County Mayor David Rice. “There was a great deal of thought put into this project, and I would like to express a special appreciation to the staff and all of those involved who juggled how to build this and keep everything going while we are under construction.” 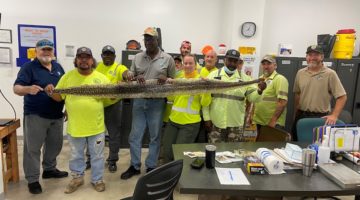