“One Singular Sensation!” tribute concert on February 27 to celebrate legacy of the late Danny Weathers 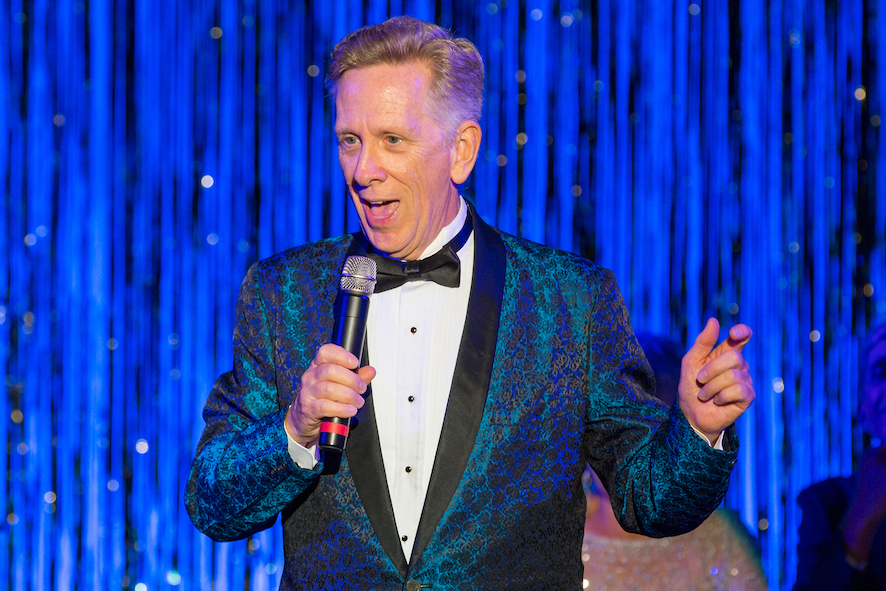 The late Danny Weathers is pictured performing in the 2016 Waterfront Playhouse production of “What the World Needs Now: A Tribute to Burt Bacharach.” On February 27, a company of Weathers’ friends and colleagues will take the stage at the Tennessee Williams Theatre to celebrate the man who was an inspiration for many in the Florida Keys and who passed away in August of 2021. (Contributed photo)

“One Singular Sensation!” tribute concert on February 27 to celebrate legacy of the late Danny Weathers

The musical and theatrical legacy of the late Danny Weathers, a widely beloved longtime Key West resident with a dazzling entertainment pedigree, is to be celebrated in “One Singular Sensation!” a one-night only concert event set for 8:00pm, February 27, at the Tennessee Williams Theatre, 5901 College Road.

A company of Danny’s friends and colleagues will take the stage in celebration of the man who was an inspiration for many in the Florida Keys and who passed away in August of 2021.

Some of the hit stage shows produced by Weathers in his Key West years include, “The Drowsy Chaperone, “The Producers,” “Little Shop of Horrors,” “Falsettos,” ”Avenue Q,” “1776” and numerous concerts featuring the work of Stephen Sondheim, Cole Porter, George Gershwin, Kander & Ebb and Burt Bacharach.

Weathers moved to Key West in 1987 with husband Alan Melnick to renovate and open “Seascape,” a guesthouse on Olivia Street that they owned and operated for the next decade. But Weathers’ theatrical success on Broadway could not be ignored and he soon became the Artistic Director for the Founders’ Society at the Tennessee Williams Fine Arts Center and, following that, Managing Artistic Director for the Waterfront Playhouse from 2003-2018. In time, he directed, acted, sang and danced on just about every stage in Key West.

“From hilarity to heartache, Danny was a master of it all – he made audiences laugh and cry and gave boundless joy to everyone who attended one of his productions,” said close friend Jeff Johnson.  “His impact on Key West will endure far beyond his too few years on this planet. There will never be man like Danny again; and I’m certain there will never be another show like this.”

“One Singular Sensation!” was written and will be hosted by Bobby Nesbitt, produced by Jeff Johnson and Hy Conrad, and directed by Murphy Davis, with choreography by Penny Leto, and musical direction by Jim Rice. A complimentary pre-show and interval wine bar will be offered courtesy of special canine friends Rupert and Maude. At the request of Alan Melnick, all proceeds will benefit the Florida Keys SPCA.