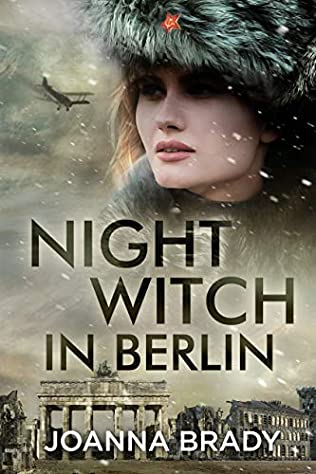 Another page turner by local author

With her new book, Night Witch in Berlin, Key West writer  Joanna Brady has chosen a different time and place from her first novel. This time, Brady probes—not the hurricanes or yellow fever that plagued Keys women in her previous book, The Woman at the Light, but the hardships of women caught up in the aftermath of World War II.

The main character of Night Witch in Berlin is Kira Voronova, a young Russian bomber pilot who wrestles with post traumatic stress after serving in that war. At the age of twenty, she had been an ace pilot in the Soviets’ storied Night Witches during the conflict. Part of the all-female 588th Bomber Regiment.

The Nazi troops, who dreaded them, gave them the name Nacht Hexen (Night Witches).

But in 1947, when this story takes place, the world has changed. The war is over, death-defying feats are forgotten, and affiliations have switched. The Red Army sends her to Cold War Berlin, where she’s forced to spy on an American Intelligence officer.

Unbeknownst to her, part of his job is to turn her.

A romance with an American officer does ensue. But when faced with return to Moscow for good, difficult choices must be made. What follows is a bout of soul-searching, with a firing squad looming in the balance.

Kira encounters betrayals and despair on her journey. But the book is also a celebration of love, victory, and freedom. Of compassion and friendship. It also explores rebellion against tyranny and second chances.

Of particular interest to us is that when she breaks free of her ties to the past and marries an American, Key West is where her quest for freedom and happiness ultimately leads her.

Only in the past few years has it come to our attention that during WWII, Premier Joseph Stalin of the U.S.S.R. sent about a million women into combat. Some of them were an elite group—many still in their teens—who were licensed pilots.

About a thousand of these women were sent out at night in the inclement Russian winter to bomb enemy-held territory. Flying  rickety open bi-planes cheaply knocked together with plywood and canvas, some nights they flew as many as eighteen sorties to complete their mission. All the while dodging sophisticated Messerschmitts and Focke-Wulfs, as well as flak from anti-aircraft guns defending the targets.

The book features plenty of page-turning action and intriguing characters who understand the shades of gray that overlay good and evil. The plot is cleverly woven, and the ending is satisfying on several levels.

The Author’s Notes tell us that after the war, women were no longer allowed to fly as civilians in Russia because it was deemed ‘too dangerous’. Kira and her sisterhood would be denied work they excelled at in the name of staying home to repopulate the country. The ban on women flying in Russia continued until 2019.

Night Witch in Berlin won the annual Key West Writers Guild award granted by Key West Council of the Arts in 2015, and was a recipient of the Anne McKee Artists Fund in 2020.

Brady’s books are available at Key West Island bookstore, Books ‘n’ Books, and at Amazon, in both paperback and Kindle versions.