There have been eight scams or frauds reported to the Sheriff’s Office since Jan. 1 totaling tens of thousands of dollars. All the cases remain under investigation unless annotated otherwise:

• Jan. 2, Big Coppitt Key, a man reported his credit card information was stolen. Unusual activity followed and the card company froze his account. The victim named a person he believes to be the suspect. The victim is awaiting a statement from the company containing the total fraudulent transactions.

• Jan. 2, Ocean Reef, a man reported that $15,000 had been transferred from his bank account to a different account that had been fraudulently created in his name. The withdrawals from his money market account began on Dec. 6, then on Dec. 10 money began being transferred from his checking account. There were three money market transfers and eight checking account transfers, all totaling $15,000. The victim said all the money was transferred via a money transfer app called Zelle.

• Jan. 2, Marathon, a woman reported renting a $1,740 vacation property that turned out to already be rented. The victim stated she rented the property via the website Craigslist.

• Jan. 5, Cudjoe Key, a woman reported receiving a phone call from the “IRS” falsely advising her that her social security number was being cancelled. The criminal or “federal officer” on the phone advised her she needed to send him $10,000 in gift card numbers/information in order to resolve the issue. The victim provided the caller with the gift card information worth $10,000 in gift cards purchased at Publix, T.J. Maxx and Office Max in Key West.

• Jan. 6, Key Largo, a church reported three fraudulent and hand written checks totaling $24,700 appeared on the church’s bank statements. The church treasurer said the church uses computer software to print their checks and their checks are rarely handwritten. The hand written checks were made out to three people — two in Miami and one in Hialeah.

• Jan. 6, Key Largo, A couple reported sending $1,950 total to a suspected cat breeder for a kitten using a money transfer app called Zelle. The first payment of $1,050 was for the kitten. The second payment of $900 was for a special transport crate. The couple said they became suspicious after sending the $900 via Zelle to a different name than what was provided for the initial $1,050 payment. To date, the couple has yet to receive the cat.

• Jan. 7, Islamorada, a woman reported learning that someone fraudulently attempted to open a $3,500 line of credit in her name with a lending company. That loan was declined. The woman ran a credit history and found a pending $3,500 loan under her name with a different loan company. She contacted that company and the company provided her with a phone number provided by the suspected criminal applicant. The victim called that number. A female answered and told the victim to, “Go **** herself.”

A few reminders particularly regarding unsolicited phone calls and personal information: Residents need to be aware and vigilant in refusing to give personal, monetary or GIFT CARD information over the phone — TO ANYONE REGARDLESS OF WHO THEY CLAIM TO BE!

Scammers often claim to be government officials and law enforcement — they often impersonate Sheriff Rick Ramsay — and falsely claim they need information from residents to squash an arrest warrant or quell some criminal matter, both of which are lies. They often use Sheriff’s Office phone numbers in their deceit.

To all residents of Monroe County: If you receive such a phone call/text/email from someone purporting to be law enforcement — HANG UP AND CALL THE NON-EMERGENCY NUMBER 305-292-7000!

NEVER BUY GIFT CARDS FOR SOMEONE OVER THE PHONE! ALWAYS DOUBLE CHECK WITH ACTUAL BUSINESSES, POLICE, UTILTIES, INSURERS — ANYONE — WHEN SENDING MONEY, PARICULARLY WHEN YOU ARE REACHED BY PHONE!

Anyone with information about any such crimes should contact the Sheriff’s Office at 305-292-7000. Callers who wish to remain anonymous can call Crime Stoppers at 1-866-471-8477. Tipsters can remain anonymous and if a tip leads to an arrest in the case, the caller may be eligible for a cash reward. Tips may also be submitted online at www.floridakeyscrimestoppers.com or via a text message using the smartphone app called P3 Phone. Tips can also be submitted via social media such as Facebook, Instagram or Twitter using the @CrimeStoppers305 hashtag. 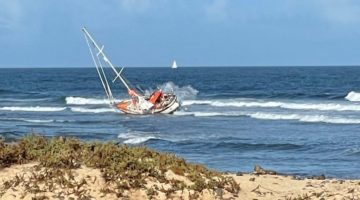