We begin with a coronavirus update.

The U.S. has hit another high. Seventy new cases per day. Dr. Fauci believes the number may hit 1 million by the end of the month.

Extreme stress for hospitals and staff the result.

First as to hospitals. The capacity crunch has or is reaching what many believed could not happen. Some hospitals are closing or refusing further COVID cases. Lack of space and staff the reason.

A no room at the inn situation.

As to staff, COVID proliferation cases have reached the breaking point. Too much work for too few persons. Nurses, doctors and technicians experiencing growing shortages in their ranks.

The cupboard is bare.

It is expected hospital space and staff problems will only get worse in the near weeks to come.

An administrator with the University of Kansas Health System said the “crisis standard of care” is being reached. Means too many sick with too few to care for them.

Staff will be required to decide “who lives or dies.” A decision lifesavers should not have imposed upon them.

Prominent elected officials preach safe COVID practices yet fail to adhere to the dictates themselves.

The most recent example Rep. Alexandra Casio-Cortez. It was announced yesterday she has become victim to the virus and is recovering at home.

Her fault. She vacationed in Miami over the holidays. Photos on the internet reveal her partying wearing no mask.

She became infected in spite of having received the full vaccination package in the fall. Two shots plus the booster shot.

Pure unadulterated negligence on her part.

It only gets worse.

Cyprus announced 20 cases of a new variant. A combination of Delta and omicron. The new variant has been labeled “Deltacron.”

Yesterday, I ran photos of Publix’s bare shelves. Today, I return to the supermarket. To the video I named Grocery Store several months ago. I ran it twice here. I run it again this morning. The time perfect. We need “a pause that refreshes.”

Do not leave when it is done. More of the blog follows.

http://keywestlou.com/wp-content/uploads/2021/01/Italian-Grocery-Store-3.mp4
Back to a non Covid issue. One I find distressing.

I find it amazing that at a time voting rights across the country are being diminished and destroyed, the door is being open to giving non-citizens the right.

Unless a court blocks the law, New York will be the first U.S. “city” to enfranchise non-citizens.

The right to vote is dependent on the non-citizen having lived in New York for 1 month. The vote goes into effect next year.

New York is the first city to have given the vote to non citizens. It is not the first time it has occurred in the U.S. In the other places, all were towns. Maryland have 11 towns and Vermont 2 that permit non-citizens to vote.

The U.S. is being driven in opposite directions. Those already entitled to the vote are being deprived of it whereas those not entitled by birth or act of citizenship are given it.

We continue to be a screwed up country.

Great football tonight! The College Championship Game. Alabama and Georgia. Should be one of the best games ever.

HAD TO SEE TO BELIEVE

I have not seen the inside of Publix in roughly three years. The last time was just before I started my first quarantine. The one that lasted 432 days.

I have been using a shopper all this time.

Media news keeps telling me there is a supply shortage. Turned out I did not appreciate the severity of the situation until I saw something with my own eyes.

I have been sort of berating my shopper. Every week more and more items I ordered were not available. Finally, she realized to get herself off the hook and me off her back she had to do something. She did. She sent me the following photos.

As the saying goes, “One picture is worth a thousand words.” I now understand. 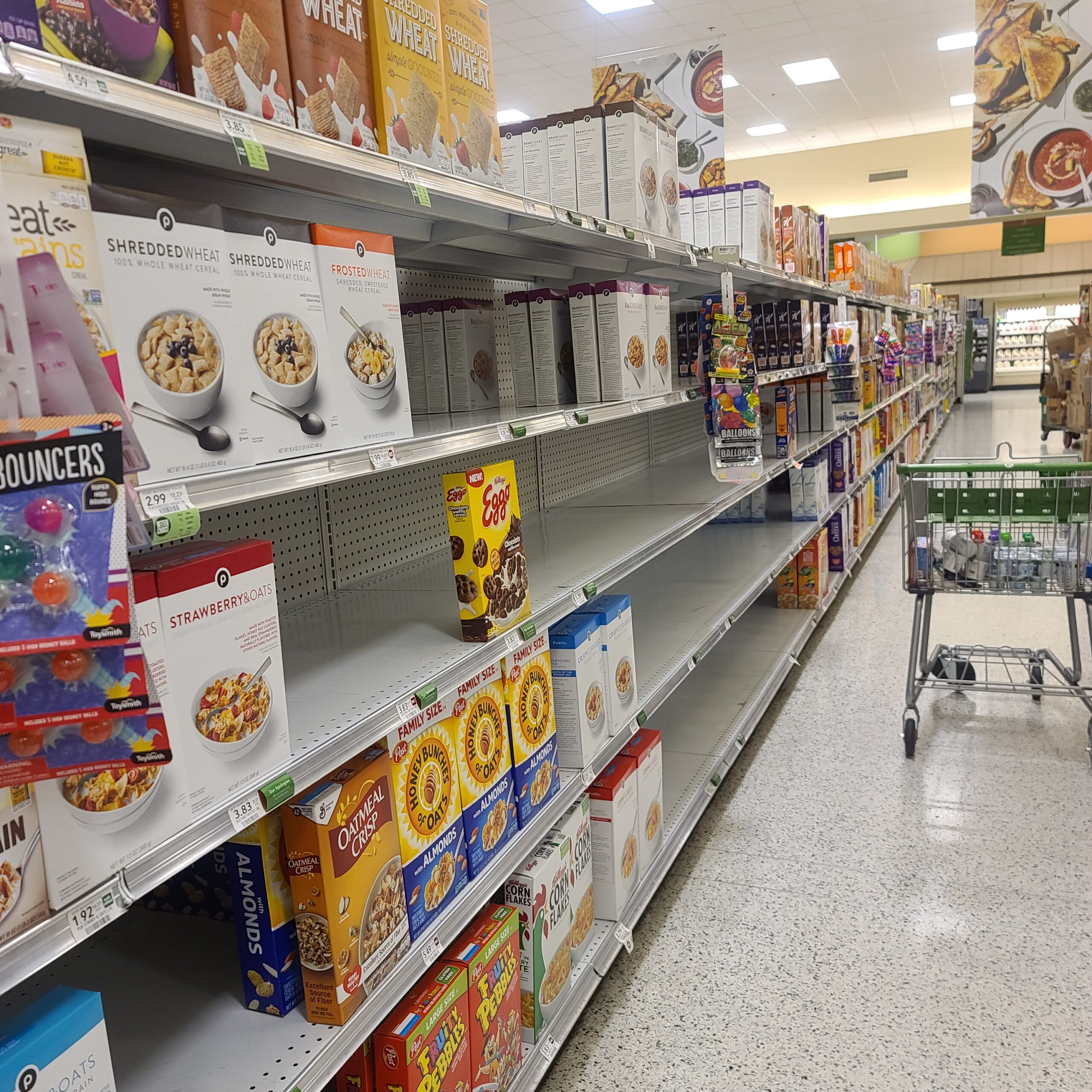 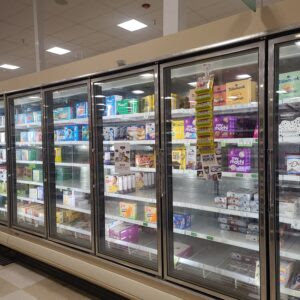 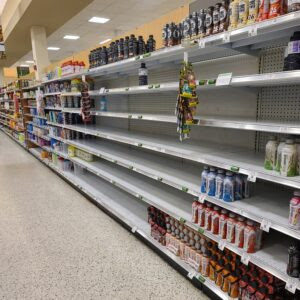 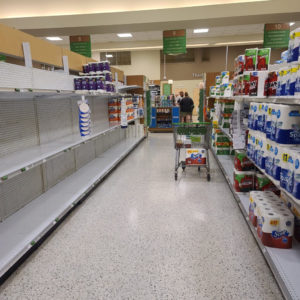 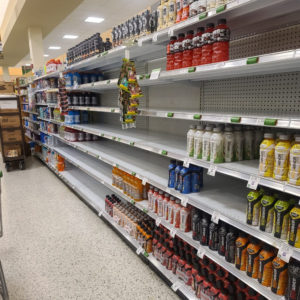 The U.S. national debt stands around $30 trillion today. There was a time when the national debt was zero dollars. Only one time. January 8, 1835.

A bad move. One not necessarily required.

The conservative side of the court will dot the i’s and cross the t’s and rule against Biden’s decisions. Not because the Justices are conservative. Rather because as smart as they supposedly are they fail to recognize there are circumstances when the Court has to revert to the thinking of another day.

What is more important? The legality of the mandate and use of OSHA or addressing hard the COVID issue.

People keep getting sick, many dying. From my perspective, “mandates” are required to bring the virus under control. Not legal technicalities.

Then the drift came to individual rights. Nothing wrong with such. However there are cases and instances where the old rule involving societal rights has to be looked at again.

The two mandate cases heard friday are such.

It will not happen unfortunately.

As I continue to advise, the judicial system is screwed up. Antiquated rules (not precedent decisions) and time factors result in rendering justice negatively.

The mandate cases an example. More important the millions of lives involved rather than interpretation of words.

America is dying. The courts are the last bastion of hope. I fear they will fail the American people.

Christopher Columbus had his days!

One was January 9, 1493. Columbus was sailing near what today is the Dominican Republic. He saw three “mermaids.” In reality, manatees.

He sensed something was wrong. He described the “mermaids” as “not half as beautiful as they are painted.”

Syracuse lost another close one yesterday. To Wake Forest 77-74.

There continues to be no joy in Mudville as “Mighty Casey” continues “to strike out!”