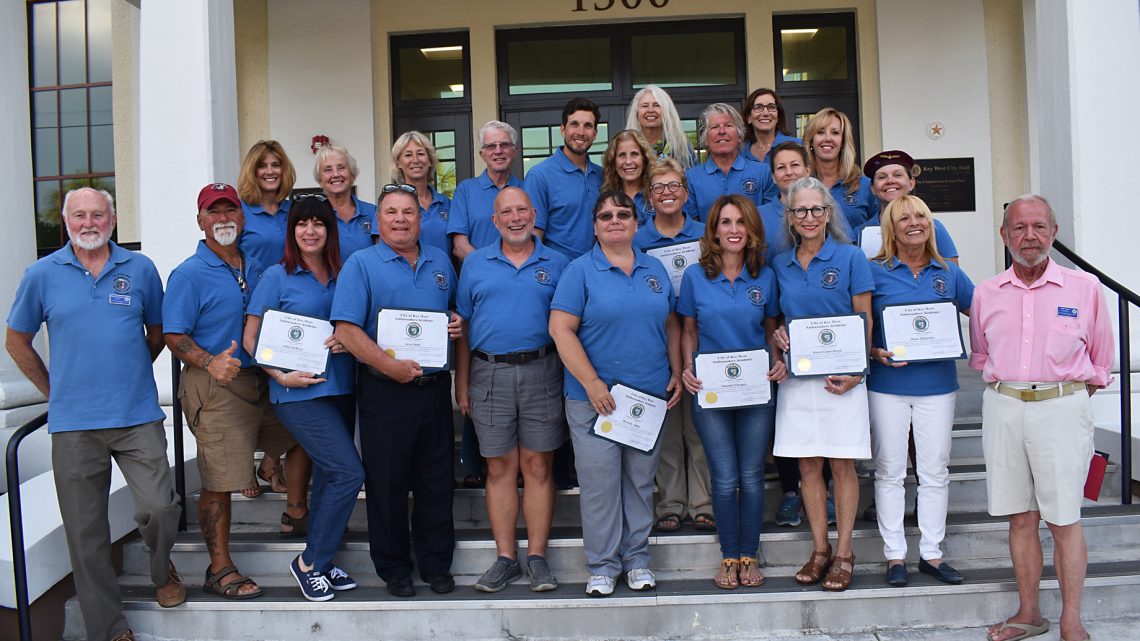 The Key West Ambassadors Academy graduated its 31st class during Tuesday’s City Commission meeting. Twenty Four enthusiastic citizens participated in the 12-week class. They join the nearly 600 citizens who now have a better insight to the workings of City government. Each class of the Key West Ambassadors Program has been a special blend of dedicated, involved citizens.

The Key West Ambassadors Academy was established in 2003 and is facilitated by volunteers, all of whom graduated the program. Volunteers Stuart Strickland, John Teets and LeeAnne Holland facilitated the class.