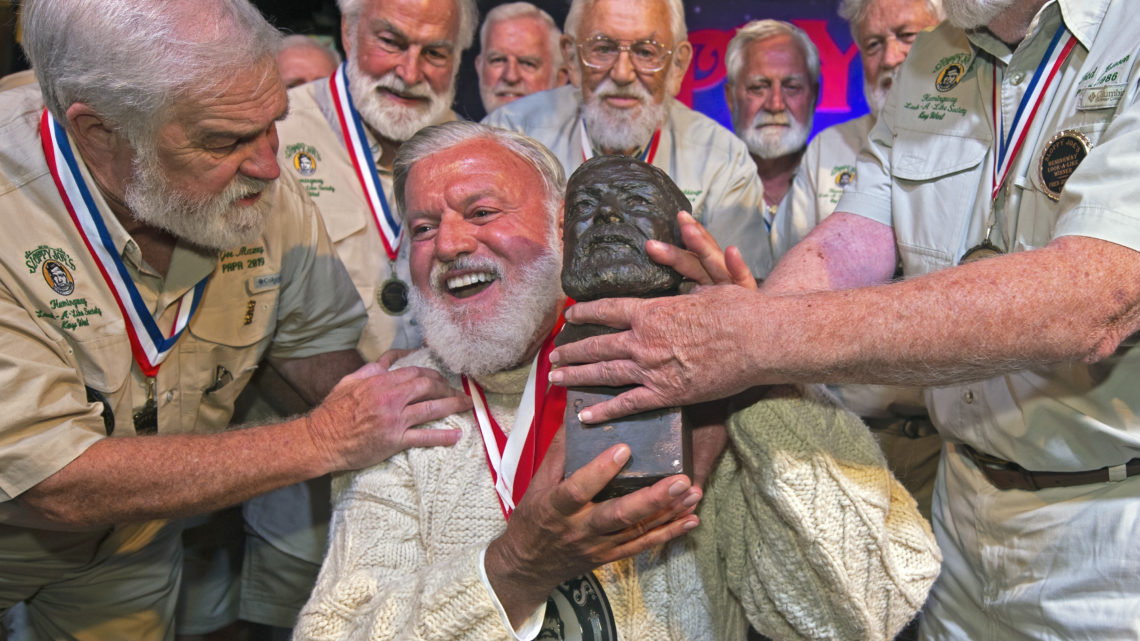 “I think I feel most like Hemingway because of his relationship with his friends, his wife and his children,” said Auvil just after his victory. “I feel very, very rich right now.”

Look-Alike Contest entrants were judged by past winners at Sloppy Joe’s Bar, the Duval Street saloon where Hemingway and his cohorts frequently gathered.

Crowds of spectators cheered enthusiastically for their favorites as they paraded onstage at the bar and took turns speaking. Most entrants tried to emulate the author in his later-years “Papa” persona, with full beards, rugged demeanors and sportsman’s attire.

Some performed song parodies pleading to be named the 2022 winner. One finalist even accompanied himself on a harmonica.

As well as appearance, Auvil said he shared other traits with Ernest Hemingway including a love of fishing. He has also tried his hand at writing fiction and a bit of nonfiction.

“Of course, every man wants to write like Hemingway,” Auvil said. “He represents a lot — romance, masculinity, sports, love of the sea, love of a woman, love of children … life.”

Hemingway Days salutes the vigorous lifestyle and literary legacy of the Nobel Prize-winning author, who wrote enduring classics including “For Whom the Bell Tolls” and “To Have and Have Not” while living in Key West.

Festival events included an offbeat “Running of the Bulls,” the three-day Key West Marlin Tournament and the conclusion of the Lorian Hemingway Short Story Competition directed by Ernest’s author granddaughter.