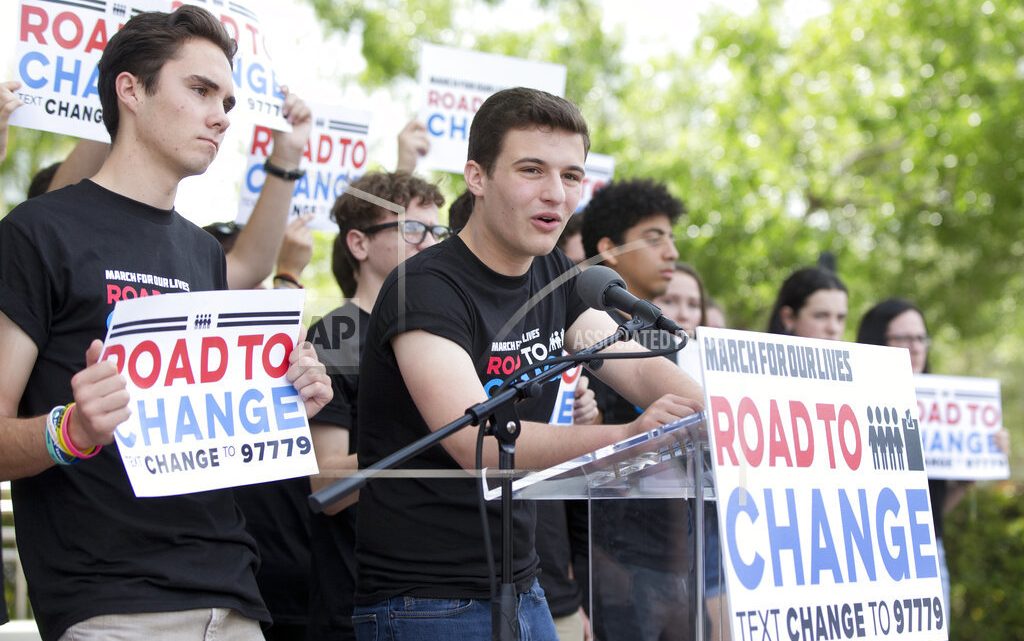 FORT LAUDERDALE, Fla. (AP) — They rallied hundreds of thousands to march for gun reform, landed on the cover of Time magazine and raised millions of dollars from celebrities like Oprah and George Clooney. But could the teenage survivors of the Parkland school shooting actually motivate unpredictable young voters to cast their ballots?

Newly released data reveals that young Florida voters did hit the polls at a significantly higher rate — 15 percentage points more — compared with the previous midterm election. About 37 percent of the state’s 18- to 29-year-olds voted in November, compared with 22 percent who voted in 2014. That’s especially notable for midterm elections when turnout is typically low.

“Turnout was up across the board; it was up at a higher rate among younger voters without question,” said Dan Smith, a University of Florida political science professor who analyzed voter data released by Florida’s Department of State last week.

Preliminary exit polls and widespread media attention for the March For Our Lives movement launched after 17 were killed at Marjory Stoneman Douglas High School had suggested high turnout among young voters passionate about gun reform. The teenage founders of the organization reached celebrity status, making appearances on late night TV, earning the International Children’s Peace Prize and publicly taking on the National Rifle Association and lawmakers they felt were beholden to the group.

Counties with large numbers of college students had particularly impressive turnouts, with 49 percent of 18- to 21-year-olds voting in Leon County, home to Florida State University, and 46.5 percent casting ballots in University of Florida’s Alachua County. Nearly 40 percent of that age group voted in Parkland’s Broward County and 39 percent in neighboring Miami-Dade County, according to Smith’s analysis.

The March For Our Lives activists held town halls with lawmakers, started clubs in schools nationwide and visited 24 states in 60 days over the summer to spread their message and encourage people to vote.

“We really saw this huge cultural shift around elections and civic engagement,” said Brendan Duff, one of the group’s founders, who skipped his fall semester at college to help mobilize young voters. “Even though we had all this support and encouragement, … it still was kind of like: Will young people actually show up? So just to hear that we had this significant increase is surreal.”
Not surprisingly, the 65 and older demographic was still twice as likely as 22- to 25-year-olds to vote in Florida. About 73 percent of seniors cast ballots, according to Smith’s analysis.
And slightly more Republicans turned out among the 8.3 million Floridians who voted on a ballot that included contentious races for governor and a U.S. Senate seat, both so close they required recounts that ended in Republican winners.

Just over 38 percent of black voters between the ages of 18 and 21 showed up at the polls, compared with 37.4 percent of young white voters and 33.5 percent of Hispanics.
Delaney Tarr, 18, a first-time voter and one of the founders of March For Our Lives, spent her summer urging young people to vote and said her group drew “a lot of counterprotesters” as well as critics who said young people would never make a difference in high stakes politics.

The March For Our Lives organization did not endorse candidates or political parties, but repeatedly criticized Republican politicians like Sen. Marco Rubio and others who supported the NRA.
Tarr said it can be “disheartening to not see every success you want,” but counted it as a victory to have such a close election.

“To have people going out there and actually voting in numbers that are so close … we are seeing history in the making and it’s all due to young power, to collective grass roots organizing.”
Only a handful of states have certified election results, so it’s unclear how the youth vote played out nationally, but early exit polls showed gun reform was a key issue on voters’ minds.