The Little White House has just been named a Site of National Historic Significance, Executive Director Robert Wolz told a Culture Circle gathering of the Florida Keys Council of the Arts. This recognition by the Department of the Interior is the last stop before elevation to the nation’s highest rank, National Historic Landmark.

Landmarks must be of specific historic significance, Wolz said, and the local museum and popular venue qualifies on a number of counts, perhaps greatest because President Harry S Truman created the Department of Defense there. Truman’s vacations were almost always working vacations, he said, and the campaign to win Landmark status began in earnest in 2004-2005.

“It actually started in 1974 . . . when Ida Baron, chief historian for the county and Navy public information officer wrote up a National Register listing for the LWH. It was very superficial but it got us listed as part of the Navy Historic District and the Key West Historic District, which is the largest district in the country of wooden structures – 200 square blocks.”

The effort to win landmark status began with Wolz’s tenure 15 years ago. The application required 25 pages of description and documentation of the building’s importance — a great deal of proof, he said, but then the effort “met political roadblocks” from the Bush administration. Opponents argued that Truman’s home was a National Historic Site, including a block of buildings, as well as a government building and a library named for him. However, “Barbara Mattick, deputy state historic preservation officer, took pity on us. She took all the paperwork plus my book (The National Security Legacy of Harry S. Truman),” and facilitated the application, continued Wolz.

The LWH, he noted, is also a State of Florida Heritage Historic Landmark. “Really, there’s nothing like it.” During Wolz’s tenure, some actual 1940s furnishings and accessories have been restored to the house, with attention to decorative details. “We took seven years to duplicate the wallpaper, creating an exact copy from pictures,” he said.

Key West now has two National Historic Landmarks, Ft. Zachary Taylor, which contains “the largest collection of Civil War armaments, most of it buried,” and the Hemingway House, the candidacy of which was facilitated by somewhat looser standards in the 1970s “and he had just won the Pulitzer Prize,” Wolz explained.

As for the penultimate designation, “we should get a letter and certificate soon,” he said. He didn’t know how long it would take to complete the process and win the National Historic Landmark status, but was confident “it won’t be another eight years.”

Are People Really That Happy? 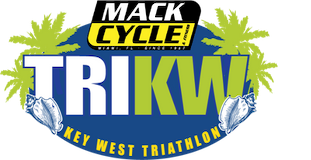