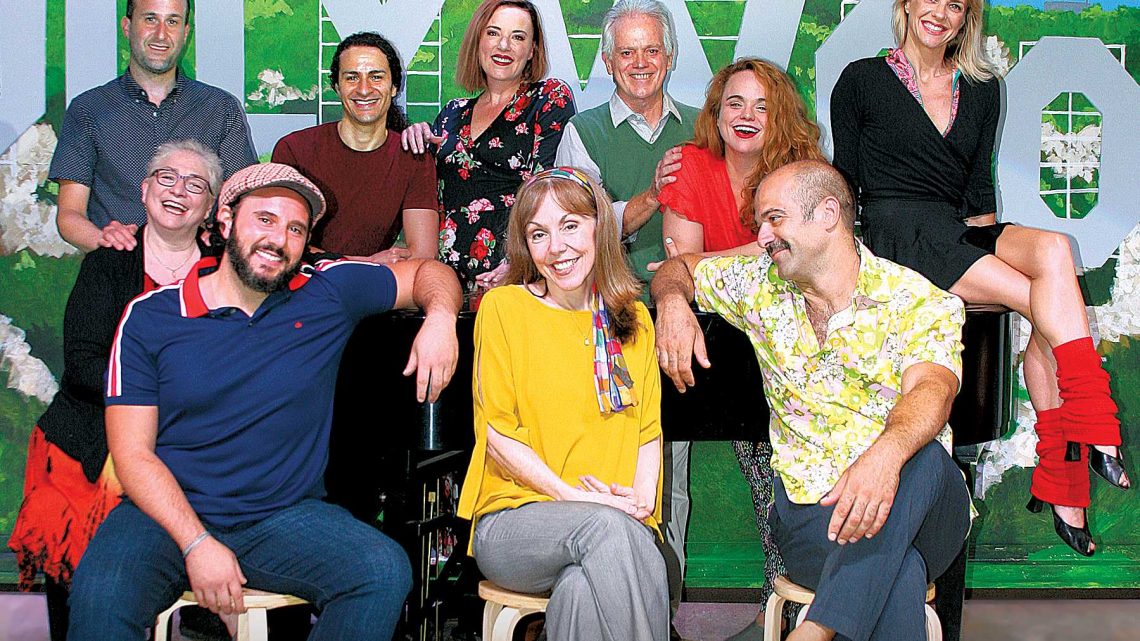 Don’t miss this evening of

It isn’t every day we get a chance to see the world premiere of a show that may well make its mark in New York some time in the future. But that’s what Prime Time is. This witty, urbane musical is the brainchild of Blake Hunter and Broadway veteran musical director Charles Lindberg—ably directed by Murphy Davis.

If you haven’t heard of Blake Hunter, you weren’t paying attention in the ‘60s and ‘70s, when the variety shows were something you rushed home to watch. Or maybe you’re just visiting Key West. Hunter was a famous writer and producer in Hollywood back then, but he has been living in Key West for many years. Among Hunter’s better known shows were WKRP in Cincinnati, Diff’rent Strokes, and Who’s the Boss?

With that in mind, it’s safe to say that as a survivor of the battles, betrayals, and cut-throat competition in Hollywood, nobody is better qualified to write a musical spoof of one of the variety shows that ruled the small screen back in the day. 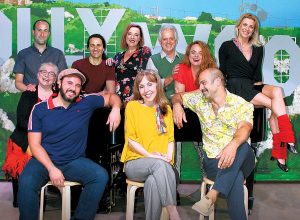 The result of the Hunter, Lindberg, Davis collaboration is a very enjoyable show with mostly upbeat music, dancing—even a tango—and melodic songs with clever lyrics. The dialogue is tight, snappy, and crisp. And the whole combination is wildly entertaining.

The timeline is 1974. Diana Cherry (Maribeth Graham) is the producer of The Jerry Cherry Show, a comedy sit-com starring her no-account philandering husband (Michael Castellano) who is still charming but less funny than he used to be. He has gotten older and so have his writers. After eight years, the show is losing its appeal.

To make matters worse, the network is finding Jerry’s brand of humor stale and dated. Ratings are down and they want fresh ideas fast, a new look to attract a younger demographic.

Diana, a talented writer as well as an impresario, is too preoccupied with saving the show to focus on Jerry’s infidelities. The business has treated her well and she enjoys the lavish trappings of her success. But she recognizes that it is that same success which has perverted their dynamic as a couple. She misses the hungry years, back when they were broke, working for a common goal, and ardently in love.

A comic in his thirties, Marty Davis (Jeremy Zoma) is foisted on her by the network to infuse the show with the fresh ideas they’re looking for. He’s talented, he’s fun, and he’s cute; he’s also very attracted to Diana. After a rocky start, she begins to see the wisdom of taking a young funnyman on board as he inserts music, dancing and witty songs to the show, changing the format for the better—especially after the ratings inch their way back up.

Jerry is okay with the improvements, but grows jealous of Marty’s attention to Diana. Conflict ensues as Jerry fights to win back Diana’s affections.

You’ll have to see the show to find out how it all ends, but there are moments of excitement, combat, and heartwarming romance to round out the story.

The acting is excellent. Graham sings well and is a convincing Diana, the wronged wife growing tired of her forgiving role. Castellano is terrific as Jerry—I became a fan when I saw him in Meteor Shower. Zoma is also excellent, a cocky young foil to Castellano. Erin McKenna turns in a great performance as the ambitious, less than talented lead singer/dancer, Angela Novack. Diana’s saucy assistant/friend, Myra Mulligan is playfully portrayed by comedienne, Kristen Michelle. BarryTarallo excels as Tom Fischer, an all-around talent. Members of the chorus Jordan Fife Hunt and Kyla Piscopink show remarkable athleticism as dancers, and versatility in portraying ancillary roles. Piscopink is also the choreographer.

Musical director Debra Barsha is to be commended for her talent and endurance at the piano, as is Rob Baumgartner on synthesizer. Anthony Palmer’s lighting casts just the right glow to the whole show. Rick Worth’s set is colorful, instantly capturing the ambiance and magic of Hollywood with his use of the HOLLYWOOD sign atop the hill as a split sliding screen.

(Joanna Brady is a local writer, author of the historical Key West novel, The Woman at the Light, published by St. Martin’s Press)

Next post The Sun Sentinel on drilling for oil in the Everglades: 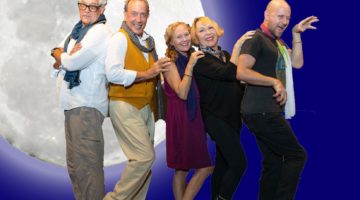 RED BARN EXTENDS POPULAR ONLINE “LOVE, LOSS AND WHAT I WORE” FOR ONE EXTRA WEEK 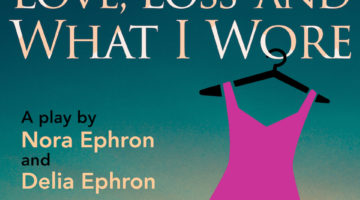 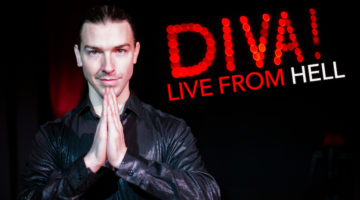